After releasing my Yoshi amigurumi, my work caught the attention of Marie, a very fun and sweet new client of mine. She had seen my giant Bomb-omb and Goomba on Facebook, and requested I make her a "Hangyodon" that size. He is a Sanrio character that has recently resurfaced in light of the 2010 Sanrio 50th Anniversary, even though he was created over two decades ago. I hadn't known of him till I discovered him in my magnet set as well as pullover, and although I found him more disturbing than amusing, I took his recurrence as a signal that I should do this project.

It was challenging to find photos of his entire body, and I had to piece through multiple photos to get his exactness. In the end, I spent more time working on his gills and feet than anything else. I had to create the right proportions and detailing, and luckily, taking out double-stitching doesn't compromise the yarn much, because there was a lot of redoing and undoing. 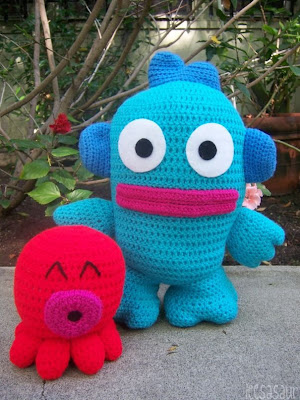 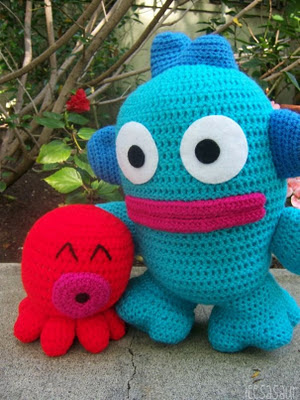 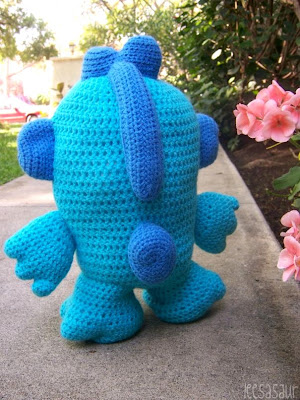 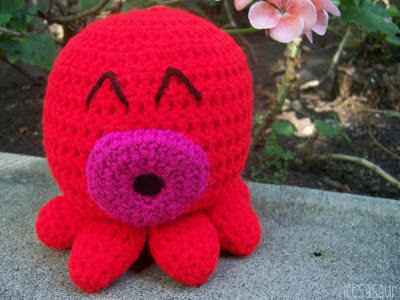 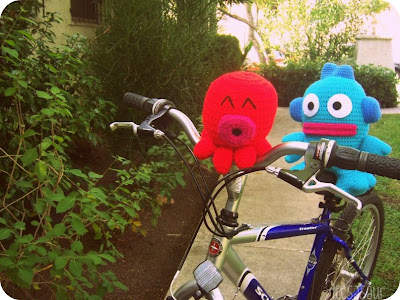 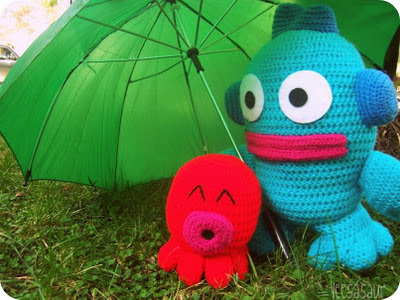 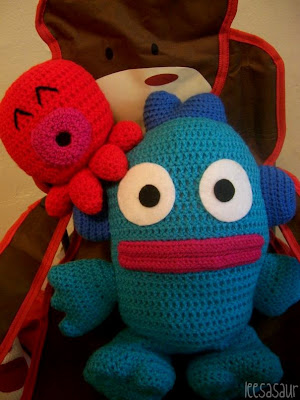 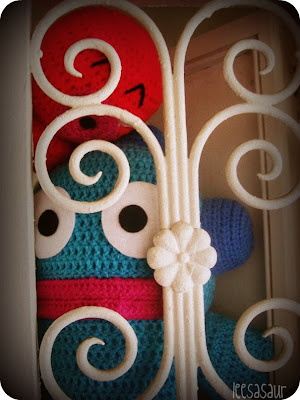 After construction of him, I couldn't help but hug him and pose him in his wacky positions for my amusement. I grew somewhat attached, to the amigurumi of him at least, and now understand how Marie could find him attractive because of his silliness.
Labels: amigurumi creature crochet custom fish hangyodon octopus sanrio