Growing up, I was super in love with C3PO, so I was a little nervous about meeting the next droid and how he would play into it all. But I had a sneaking suspicion that somehow BB-8 would make his way into my heart, so I got started on a crochet replica. Plus, my brother is a huge Star Wars fan, and since some sicko stole the original Yoda I made for him, I planned to gift him BB-8 for Christmas.

Since BB-8 has different patterns on all sides, I had to do him justice and try to make everything exact. I didn't have access to a BB-8 Sphere, and also noticed images online were always different, so I painstakingly paused and took screenshots from his intro at the Star Wars Celebration:


I debated on whether to embroider every side or to just slab on felt pieces, and in the end, the challenge of embroidery really paid off for a solidified look. I'd actually like to experiment with magnets in the future, but since I'm on vacation, I just made do with the supplies I brought with me. 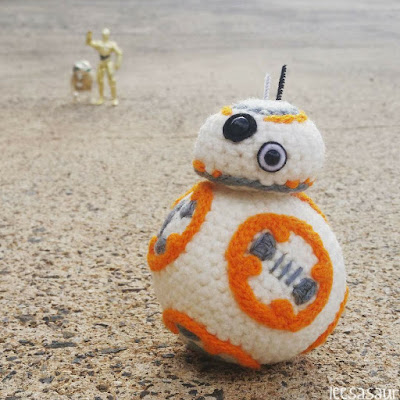 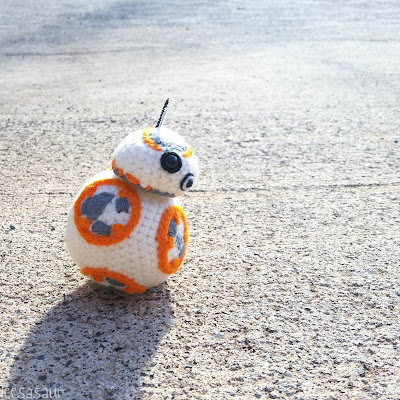 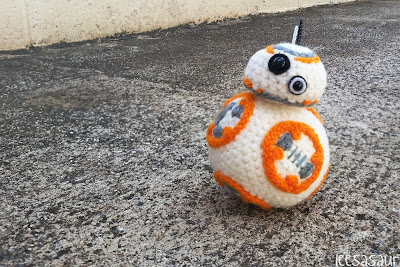 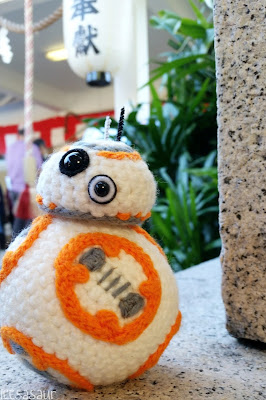 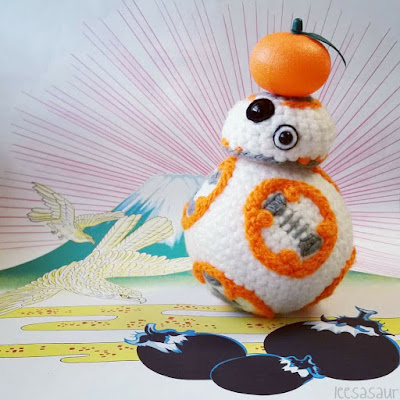 I might tweak a few things when I'm back home, but for now I'm really pleased with the outcome! I'm even more thrilled that unlike the upset I had when Episode 1 came out, Episode 7 was incredibly satisfying!