Last year, I was approached about my pieces, The Dead Essential and I Agore You Coyote being featured in a music video for American Idol winner, Lee DeWyze. Although I don't follow the show, I really enjoyed the music his manager sent me, and was stoked to help out. They had me create a mini Lee DeWyze with a guitar, and rent out a handful of amigurumi from my personal collection. I don't often make human figures, so that's always a tricky treat to do, but I think I managed pretty well! I actually love, and had the most difficulty making the guitar. 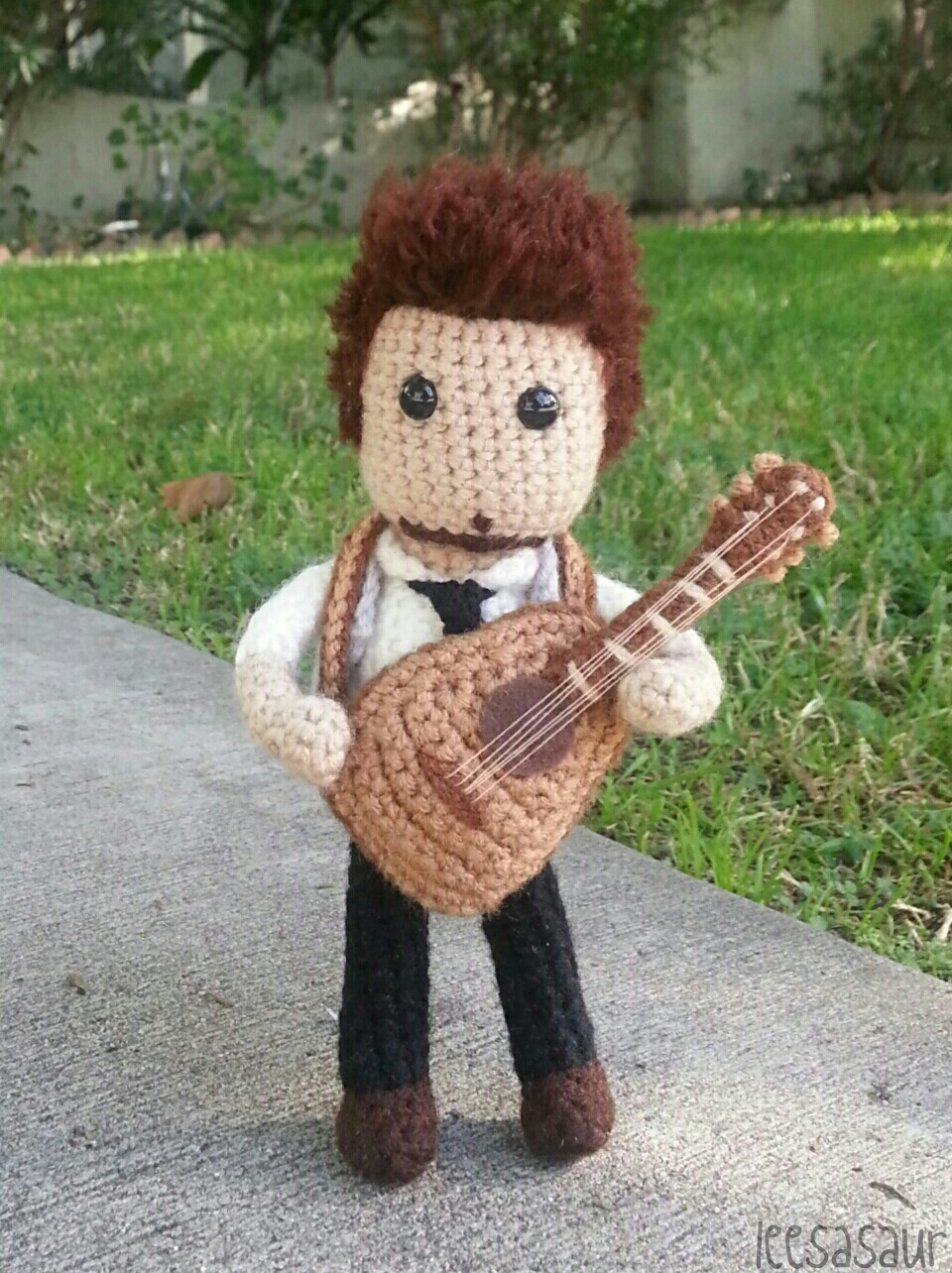 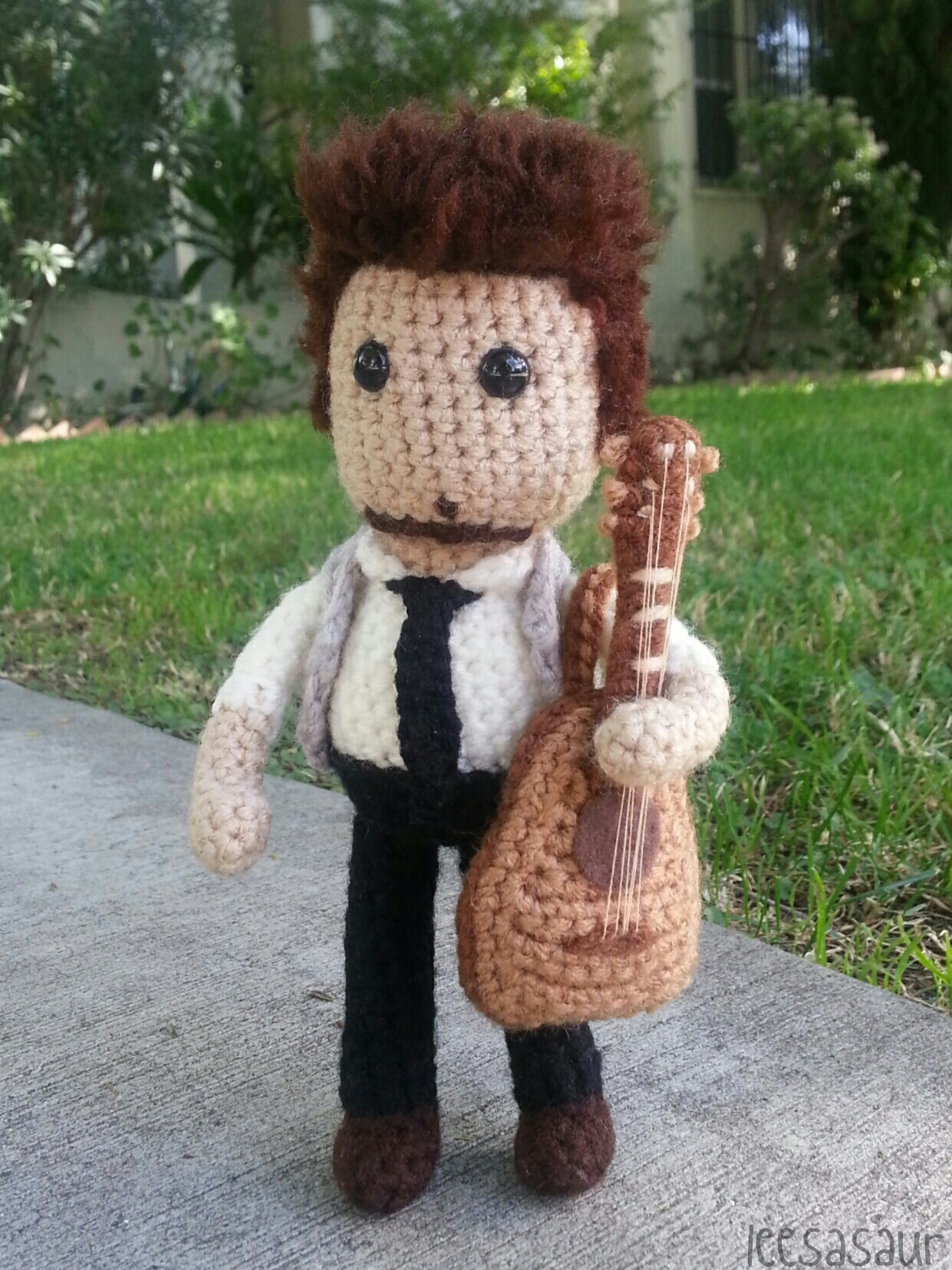 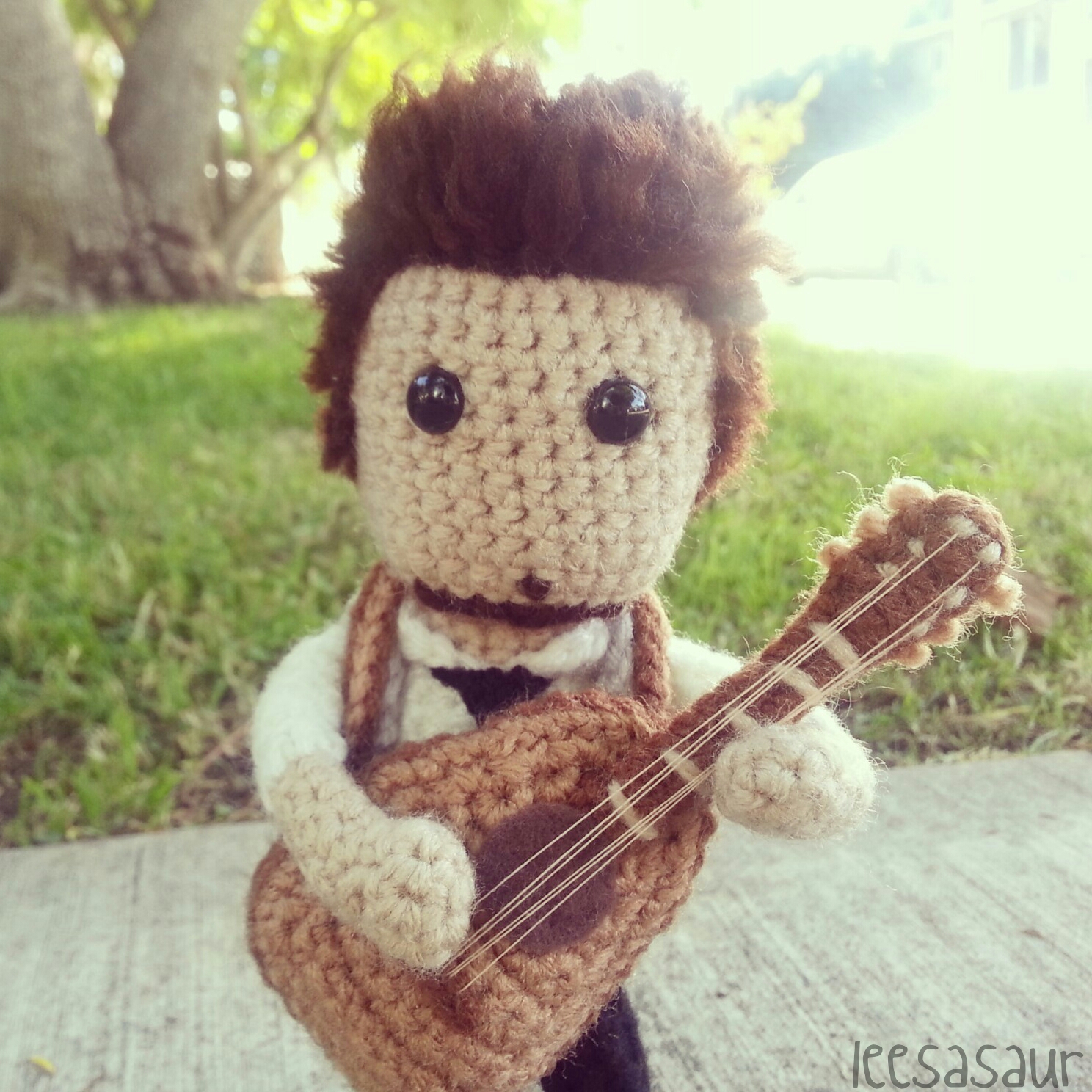 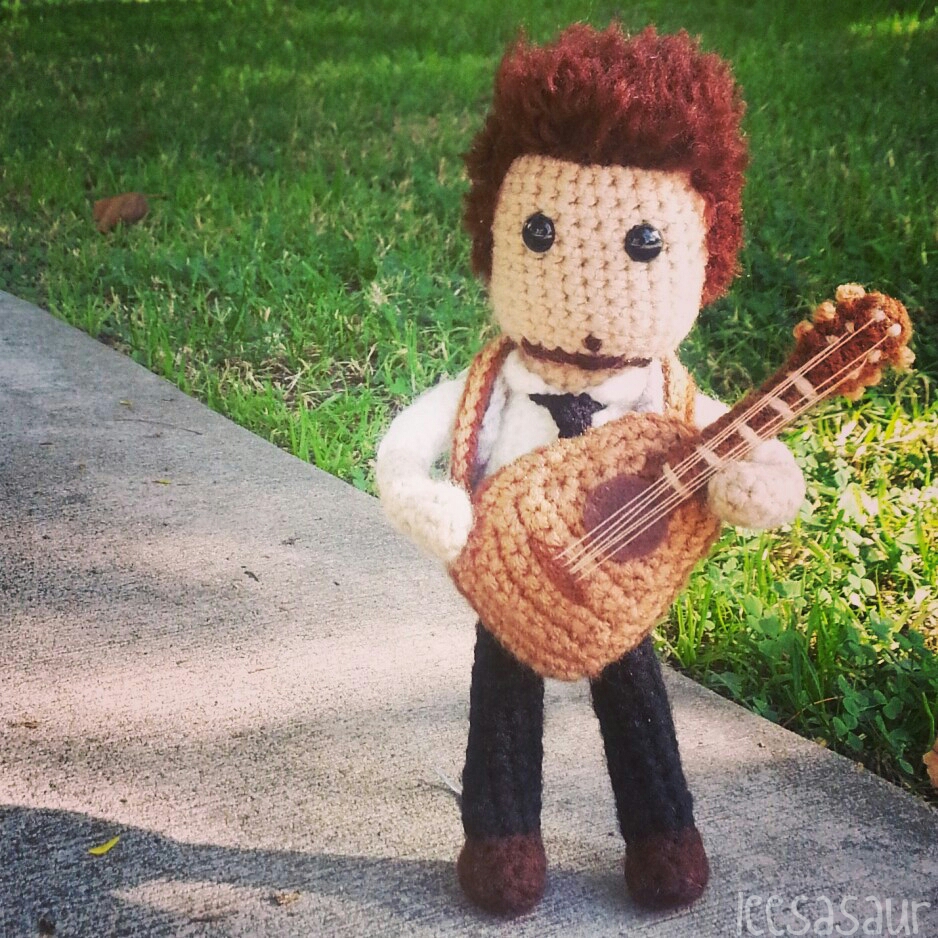 I'm only posting about this piece now, because they just released the music video for the single "Fight" two days ago! It's quite an action-packed love story focused on my Lee DeWyze and The Dead Essential figure (who looks a bit like his wife). You can check it out here:


I think my favorite part is the alien abduction scene, but I was pleasantly surprised by a lot of it. It's cool to see what magic people come up with when they listen to a song, especially because the storyboard I drafted for them that they didnt use, was so much different!

P.S. I don't know why they credited me as "leesa slay" in the video, but it's really me, guys!
Labels: American Idol amigurumi crochet custom lee dewyze music singer