If you're old enough, or watched enough cartoons like I have, you may remember a hairy fellow by the name of "Captain Caveman." He had his own series that was like a mash-up of Scooby-Doo and Charlie's Angels, as well as made appearances on The Flintstones.

When I was commissioned by Edward to crochet Captain Caveman, I knew I'd have a lot of fun with it. Since he has a ton of gestures, I knew that wiring his body was necessary to truly make the animation come to life. At first I planned to attach yarn around him and brush it out like I've done with past girl figures, but rigorously brushing out his entire body proved to do the trick. Giving him an open mouth was Edward's idea, which I think was a great addition to compliment Captain Caveman's wacky personality. 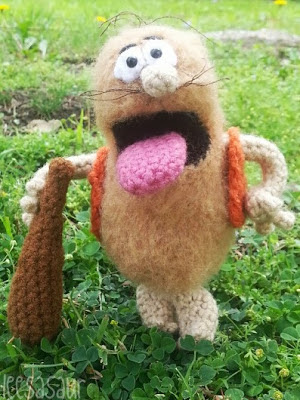 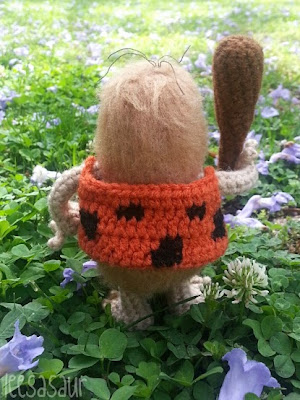 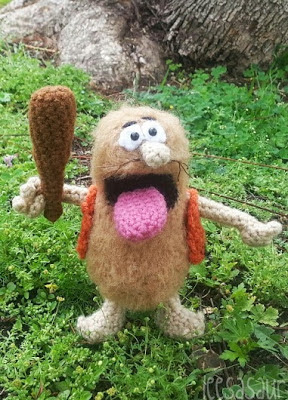 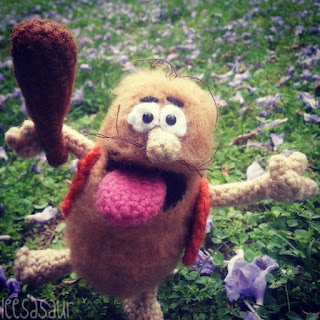 I totally gained a new appreciation for Captain Caveman after doing this commission. Once I finished the project, I couldn't help but pose him in numerous positions while exclaiming, "CAPTAAIN CAAAVEEMAAAN!"