One year ago I created my "Mugstached" line which consisted of mocha and beer mug keychains adorned with mustaches. This year, I decided to drop the keychains and turn them into sizable pals for your desktop: 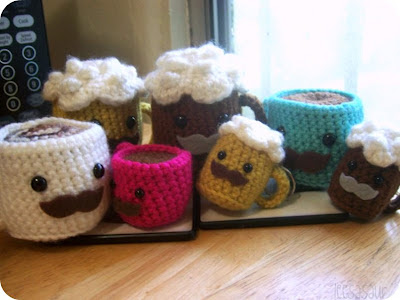 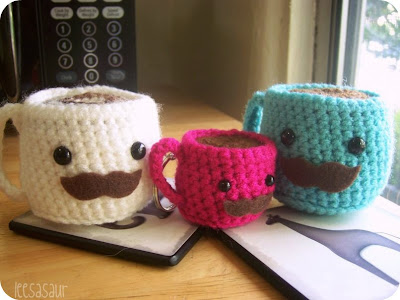 Not only did I enlarge them, but I expanded the line, thanks to Stephanie, a supporter of mine, who suggested I do root beer versions for the younger audience! You may or may not know, but I have an affinity for root beer floats. In fact, last fall, I idiotically went on a root beer float diet. It was both a delicious, and a slightly regretful decision. Needless to say, I still love them, so, I introduce to you, my "Mugstached Root Beer Floats" - 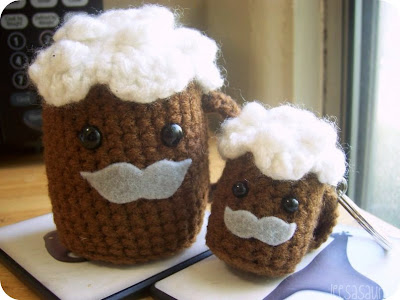 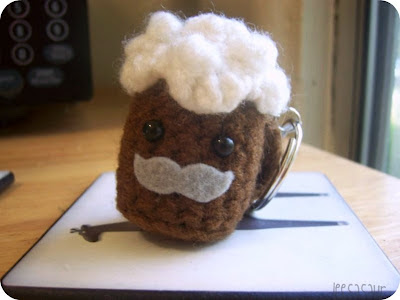 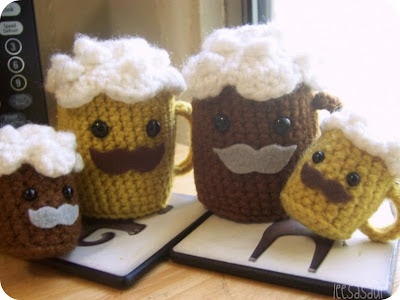 I hadn't even realized it had been a year since I began this line. It's great to watch it and all of my creations grow over the years!
Labels: amigurumi beer booze coffee crochet drink mocha mug mugstached mustache