"You can hide, but you can't hide!" from Dane Neves short film, Giant Monsters Attack Hawaii! It is so cute and wonderful, and I am so happy Dane asked me to bring his characters to yarn! Back in 2009 he had me create Monkey Boy from his movie, Monkey Boy Fever, as well as the Evil Hooded Monster from his short, Live Evil: 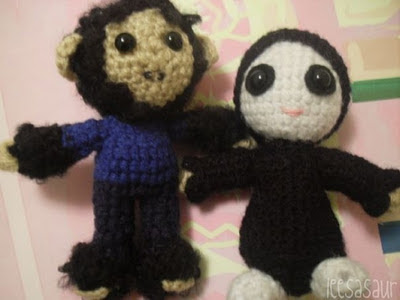 I'm not sure how I would have done had I been given the task to create his monsters then, but I certainly utilized a few tricks picked up over the years to make these guys. I even ordered special eyes for a couple of them, which has inspired me to create more pieces with colored eyes as well! 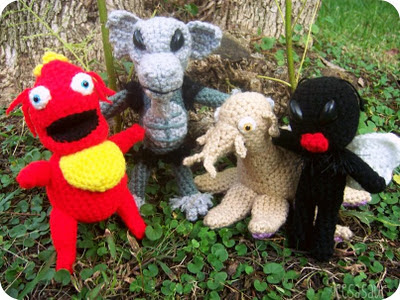 Cruel: An octopus was the first amigurumi I had ever made, and I would enjoy making more of them if they didn't have so many legs! Thus, I tried to simplify the design by making his head and body one piece, but I am so terrible at that, so I ended up doing a few pieces to construct him. 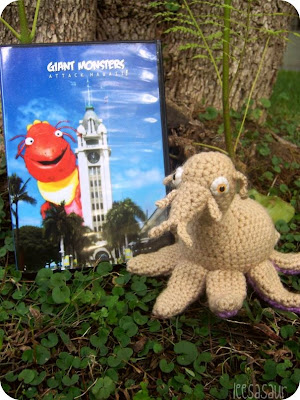 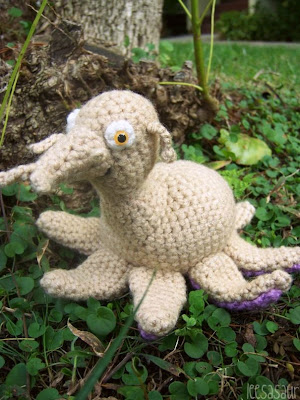 Zillabong: I actually went back and forth with giving him an open mouth and a closed mouth. It was difficult because his head just kept getting bigger and bigger because of it, but in the end, I decided that since he always has this dopey look on his face, his mouth needs to be ajar. 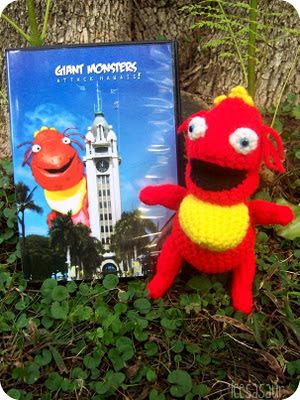 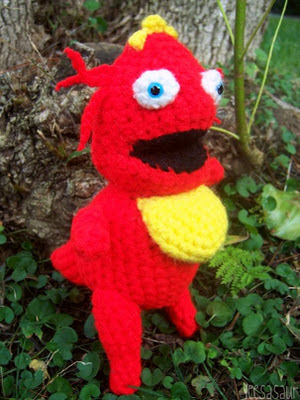 Maulister: I ended up using triangular animal noses for the eyes rather than big rounded eyes to pull off a better insect look. I tried using fabric stiffener to keep his antennas up, but it didn't work out. I still think he pulls off the mischievous insect look without them up, though! 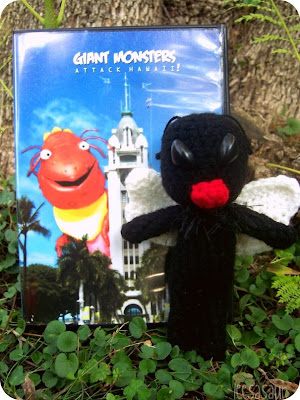 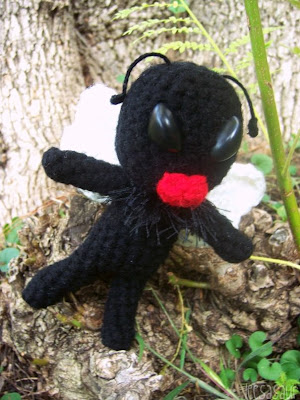 Abercrumble: I thought that he would be the most challenging to create, but he was actually the most fun and not as difficult as I thought. Every trial technique I used, worked, the whole way through production. Initially I was going to buy special yarn for his furry areas, then thought to use the brushed crochet method, but ended up just sewing and separating yarn. Aside from being the most bad ass monster in the film, he's got so many features I like, that he is absolutely my favorite. 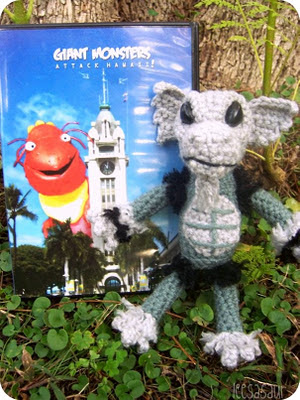 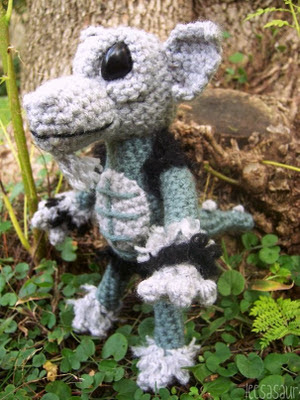 I am really glad and thankful to have made these guys! With all the drive, imagination, and creativity, I can't wait to see what Dane makes next. I hope you get a chance to watch the film or at least support him by liking his movie Facebook page here!
Labels: amigurumi crochet custom dane neves green tie affair hawaii monsters