A couple months ago I was commissioned by my friend, Sean, to make David Bowie. His fiance, Liz, is a huge Bowie fan so I knew immediately it had to be for her. They are the amazing couple I made the Wedded Ewoks for last year. The photo given to me was the cover art on Bowie's Reality album. 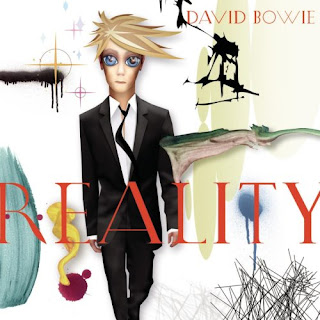 His eyes, of course, were my first concern, since I didn't know exactly how I was going to do his one enlarged pupil, as well as make them look concave. In the end, I used felt and brown eye shadow to create this effect. I think my favorite part was doing his multicolored hair, followed by his sleek suit. The only time I made a coat was a couple years ago when I was constructing the cast of It's Always Sunny in Philadelphia, which I never debuted, so I was excited to try my way with it for this project. 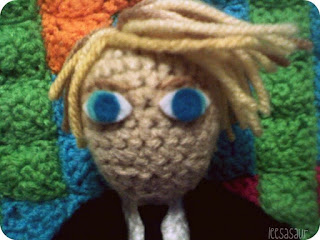 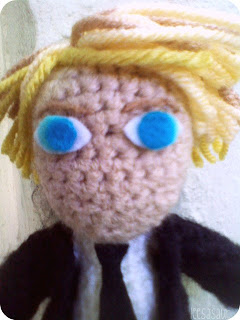 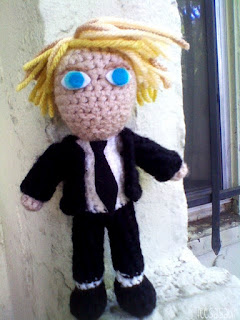 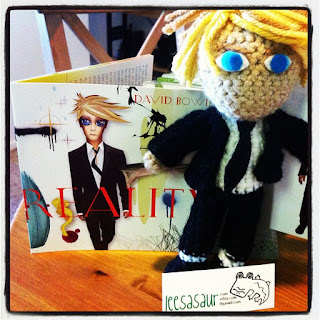 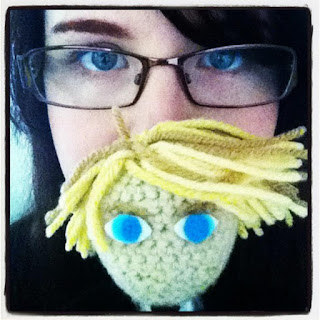