It's been over seven years since I first began making amigurumi, and I haven't stopped since. One of the first pieces I made was of the beloved wallaby, Rocko, from Rocko's Modern Life. I actually had full plans to make other characters from the cartoon, but I got lazy halfway through Hefer! 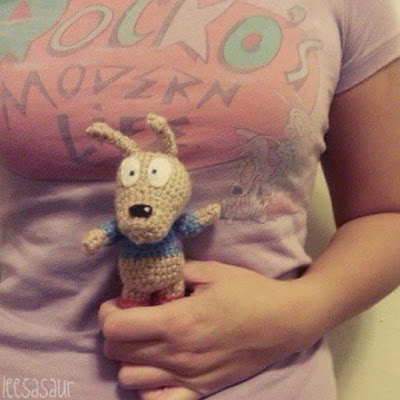 Looking back at my previous work, there's a slight embarrassment, but mostly an underlying feeling of pride of how far I've come and how much I've learned. I have been meaning to update a lot of my pieces to reflect my current skill level and insight, so when I was asked to crochet Rocko, I took full advantage of the opportunity. 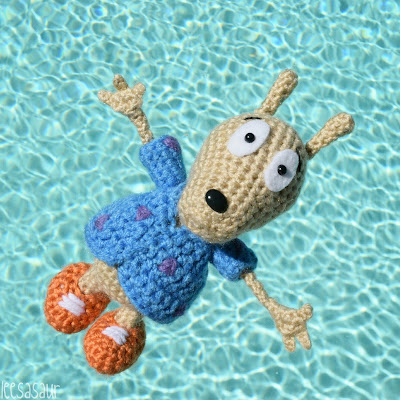 This time around, I implemented wiring, gave him detailed extremities, used a variety of safety eyes, and crocheted his shirt as a separate piece. 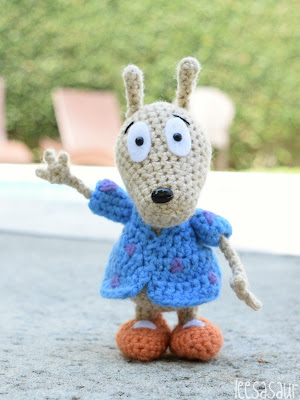 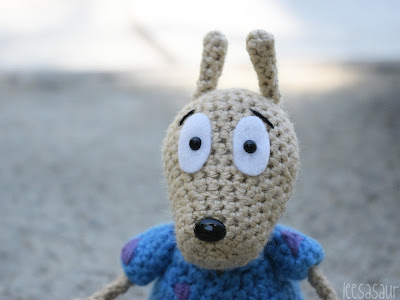