Over the past few months, I have been taking mini trips into a wonderful backyard of adorable digital kitties with the app 'Neko Atsume.' With so many freemium games that pressure you to keep playing or tempt you to pay to advance levels, 'Neko Atsume' is the first game that totally relaxes me. All you do is leave out food and toys in your backyard, and neighborhood kitties take over and chill. Depending on what items you leave out, you'll have a different variety of cats, and some cats are rarer than others. Although the games' ultimate object is to capture (by way of photographing) the visiting cats, simply peeking into their lives is suffice enjoyment. Plus, for taking care of them, the kitties show you their appreciation by leaving behind gifts and fish (currency)! 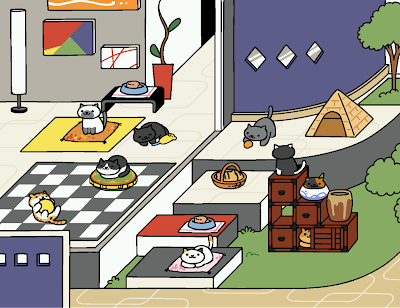 Running low on kitties to capture in the game, I decided to take my love for Neko Atsume into yarn form. I started off with the first two kitties who had me swooning - "Tubbs" and "Guy Furry," then I became obsessed with making the other kitties in their different positions.


Tubbs
The second time I opened the game, I wasn't even sad the fresh bowl of food I laid out was eaten, because the cutest tubbiest cat was peacefully laying next to it! Shamelessly wearing the crumbs on his body, Tubbs is the embodiment of satisfaction. He also makes sure to tip you plenty of fish! 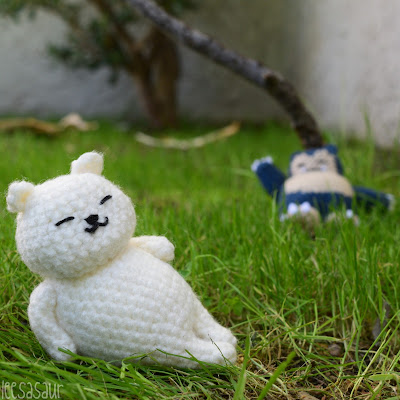 Guy Furry
I first met him when he whipped up a lovely crêpe in a vase, but then he melted my heart when I caught him cooking a pizza on the heater! Can you imagine coming home to a mouthwatering meal cooked by a kitty chef? 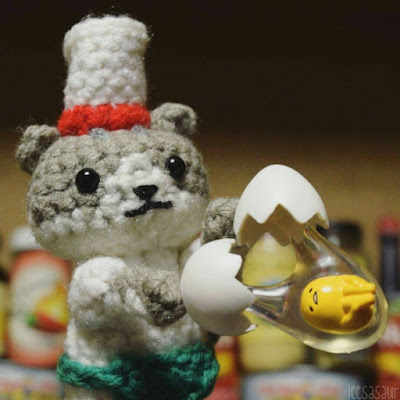 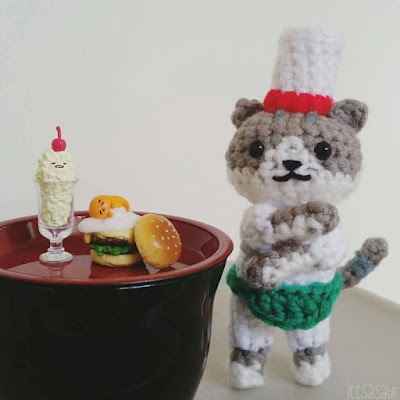 Buttholes
Yes, you read that correctly, buttholes. All cats have them, but depicting them on cartoon cats in innocently compromising positions defines a lot of this game. 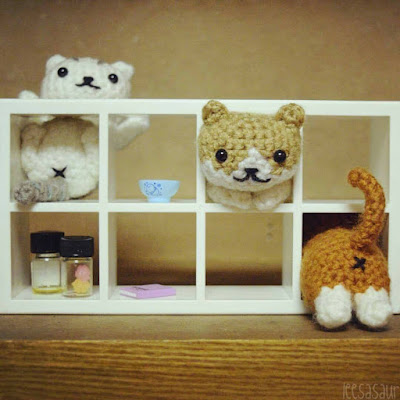 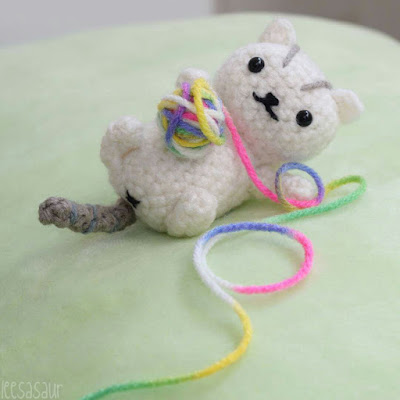 Friends of mine recently lost their beloved kitty, Icarus, and because they miss him dearly, and are equally fans of game, I replicated Icarus in Neko Atsume style: 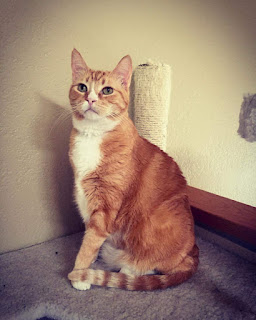 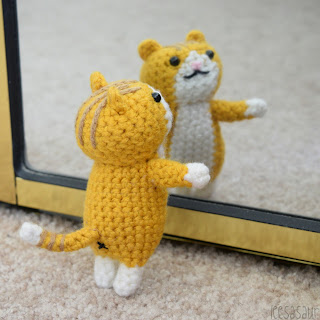 So as you can see, I'm having a lot of fun. I actually kept postponing this writeup because there are still lots of cat positions and special cats to make, but I realized I should just post already since I won't be quitting anytime soon! Although I don't own a cat, with the amount of crochet kitties I've made, and how often I talk about Neko Atsume, I'm starting to feel like a virtual cat lady of sorts... And I'm ok with that! 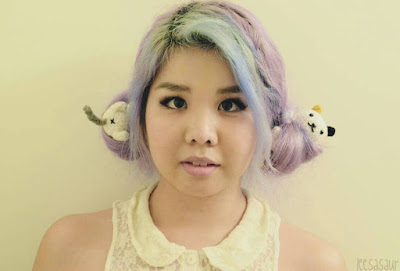