Super Smash Bros. is probably the most character fulfilling game I've ever played, and I'm super excited to see the newcomer characters for the upcoming releases. Since I've been asked to make more video game characters, I decided to commemorate the Super Smash Bros. addition of a personal childhood favorite: Mega Man!

The approach was a little daunting at first, as his look had to be robotic, but uniformed at the same time. I realized it was a matter of increasing, followed by abrupt decreasing, as well as inverse crocheting. The helmet was definitely the trickiest part, as I had to calculate a series of half, double, and slip stitches to create the right shapes. I'm especially happy with how well the shades of blue faired together, as it isn't always easy to match up the exact color. 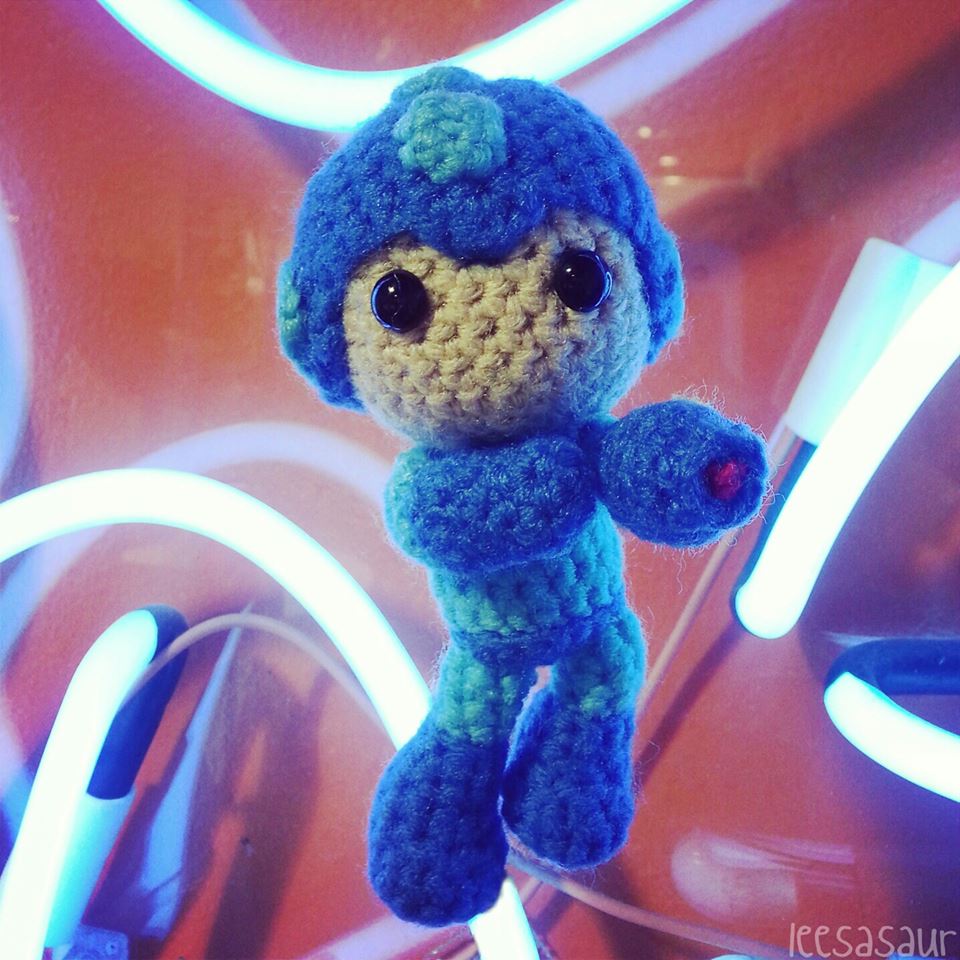 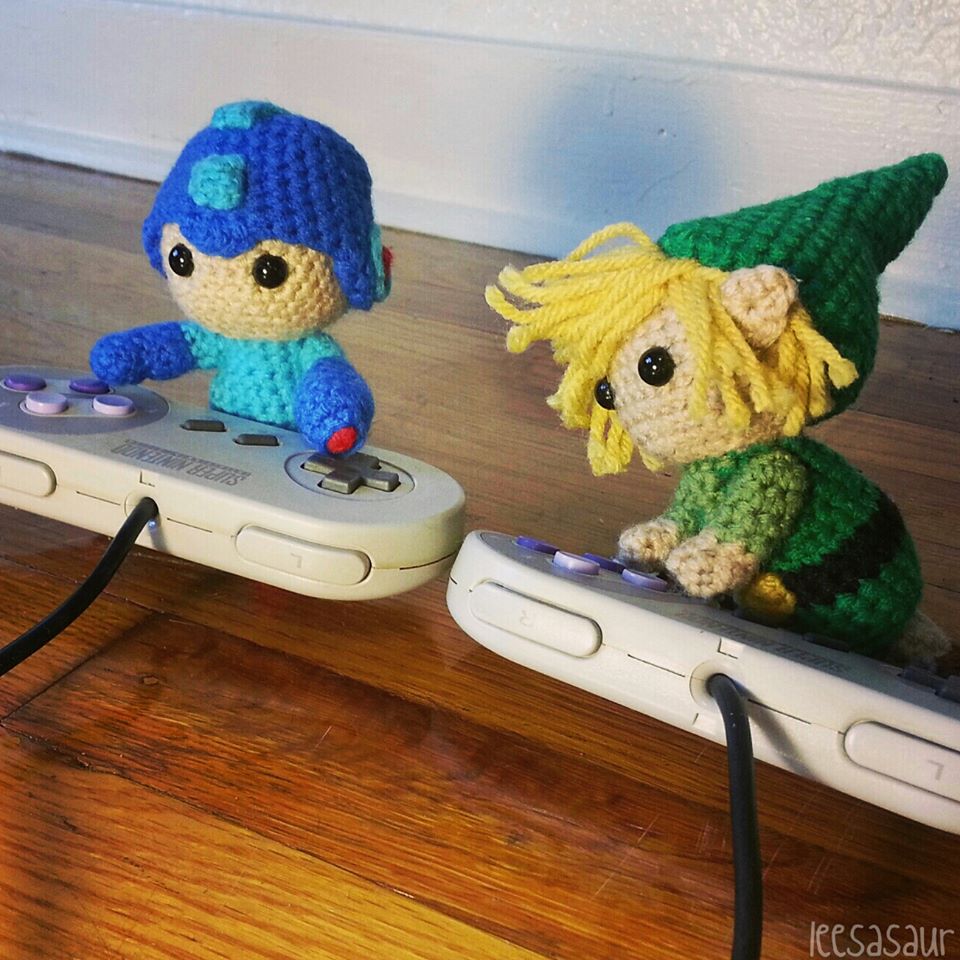 You can catch this mega cutie in person while supplies last at World 8 in Los Angeles!