There aren't many shows or icons out there that can not only survive for decades, but also revive themselves into the hearts of a younger generation. Teenage Mutant Ninja Turtles has dominated the lives of most children of the '80s, and are an even fearsomer fighting team today. With all the new toys, cartoons, and movie coming out this year, it was only right for iam8bit to celebrate our favorite heroes in a half shell's 30 year anniversary with an art show.

So much of my childhood surrounded itself with love for the turtles, from countless hours on Turtles in Time, to secret daydreams of making Raphael mine. Some of the very first crochet pieces I made in 2005 were my Tiny Mutant Ninja Turtles: 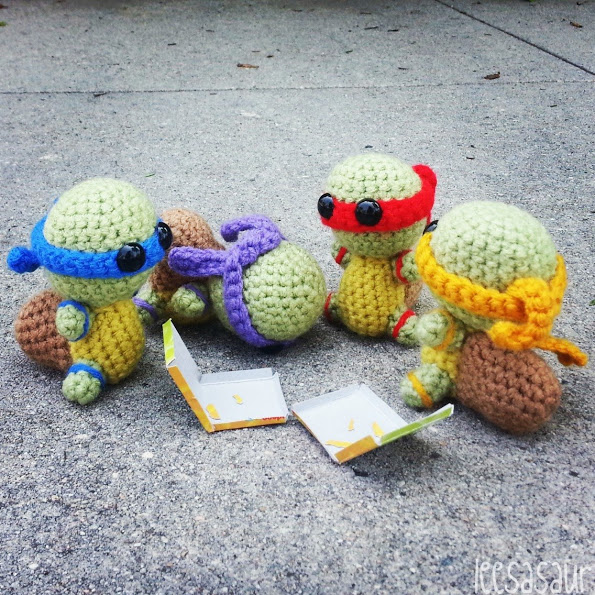 For this art show, instead of doing my classic style, I wanted to do a larger scale parody piece. I've always admired the turtles' ability to devour so much pizza, yet still be able to fight crime at the beep of a turtle comm. I wanted to see a world where the turtles could just keep chilling in the sewers eating pizza 24/7, so I decided to crochet it to life. Even though Rapael is my favorite, for this spoof I had to use the most pizza obsessed, party dude there is -- Michaelangelo! 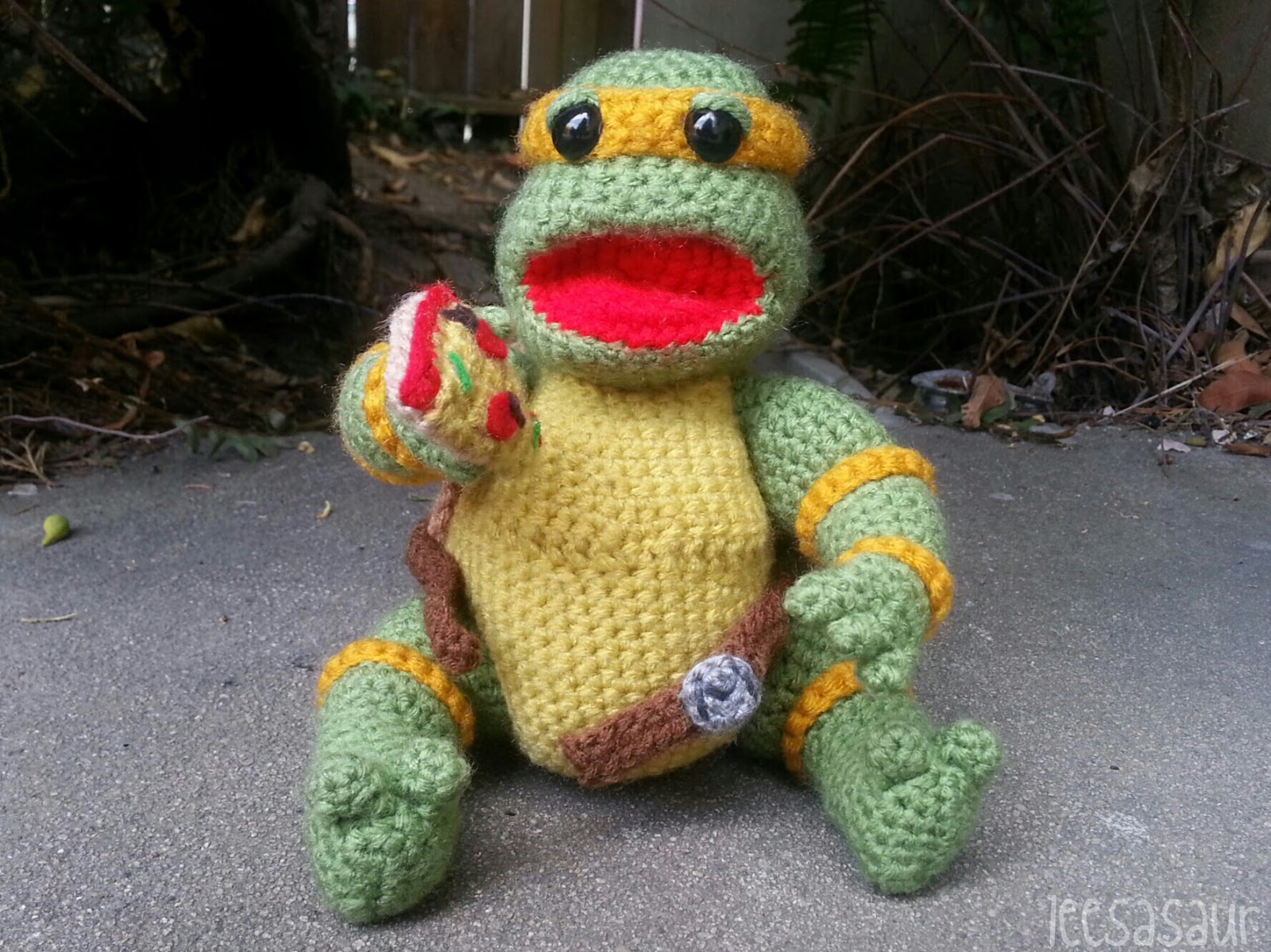 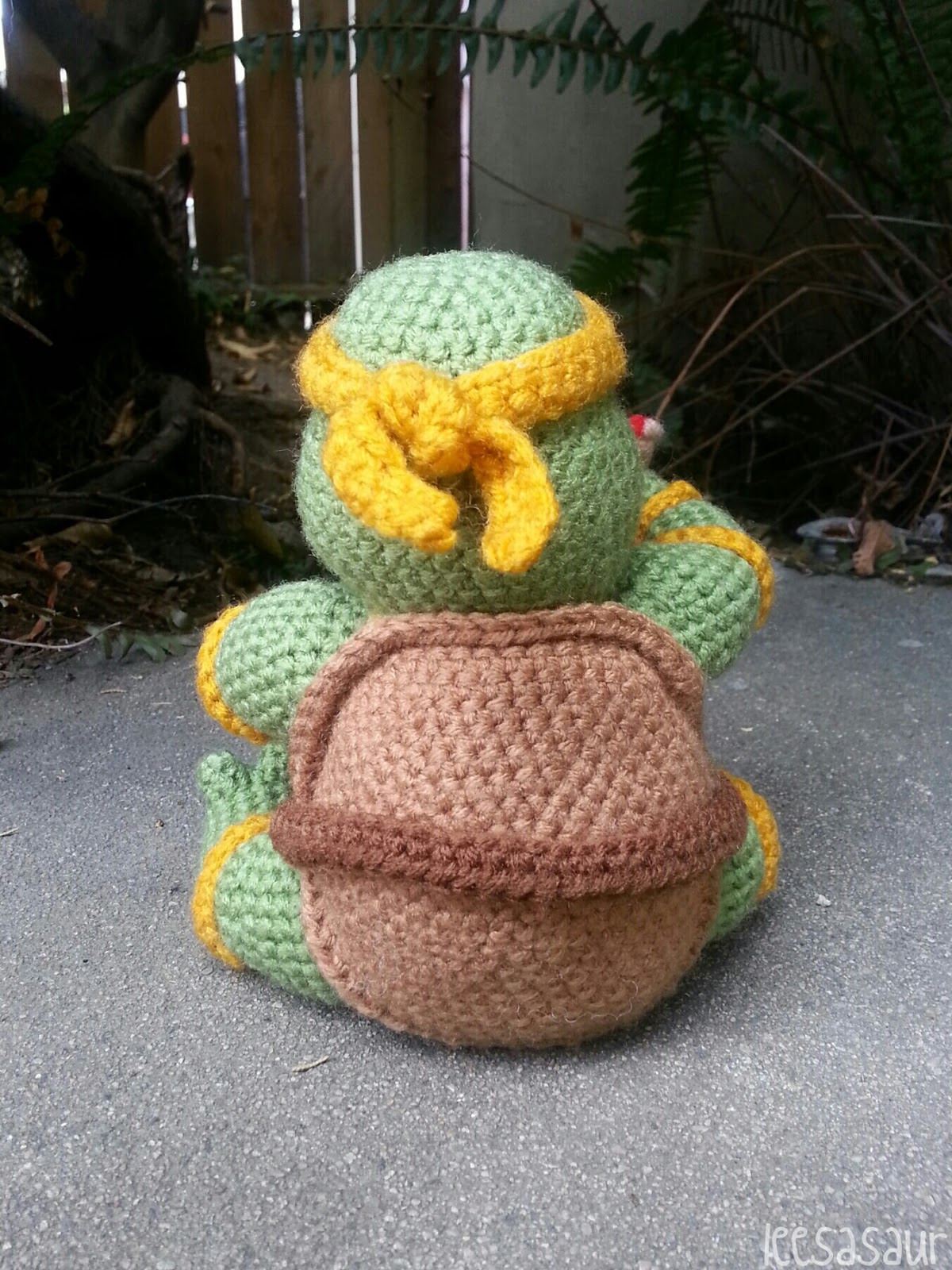 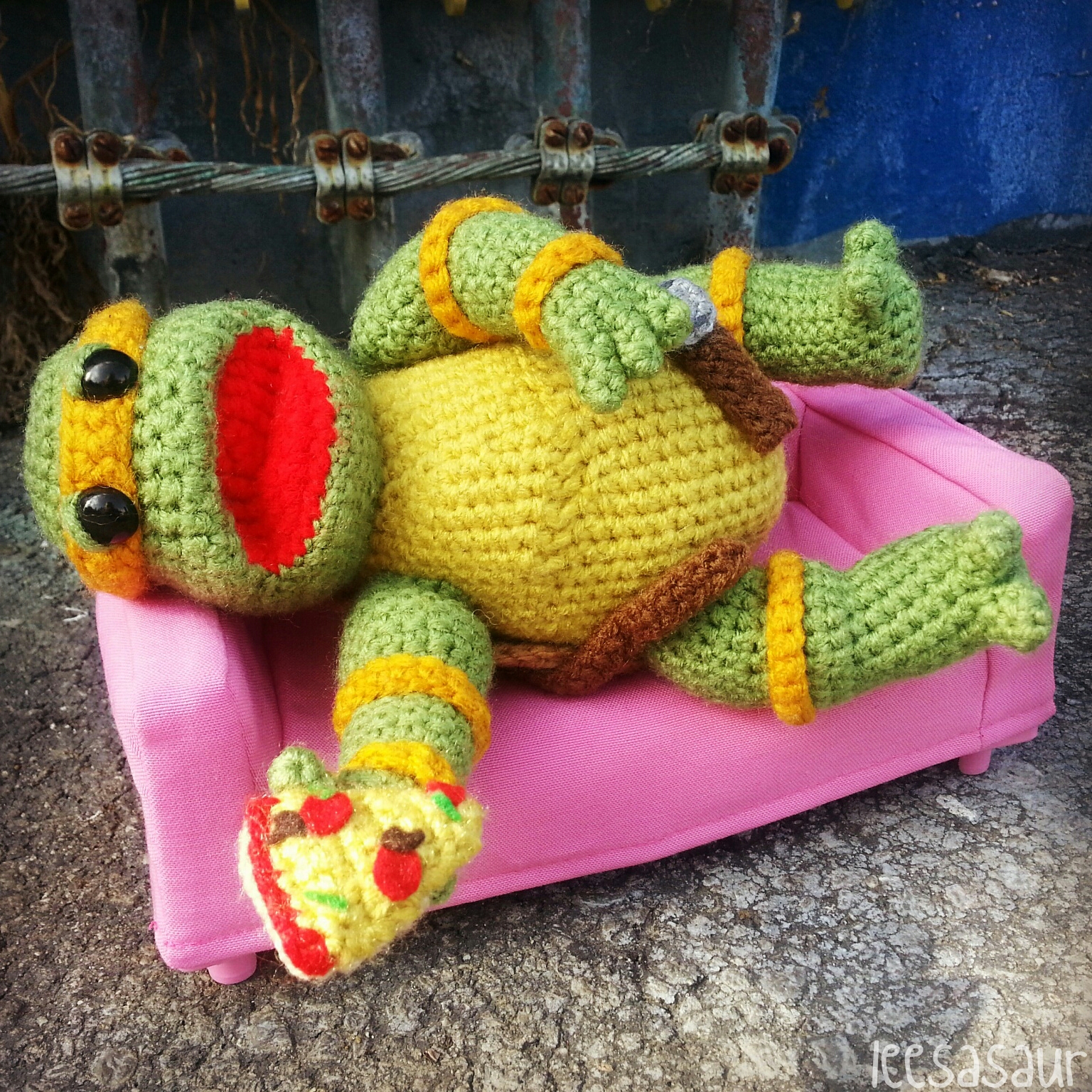 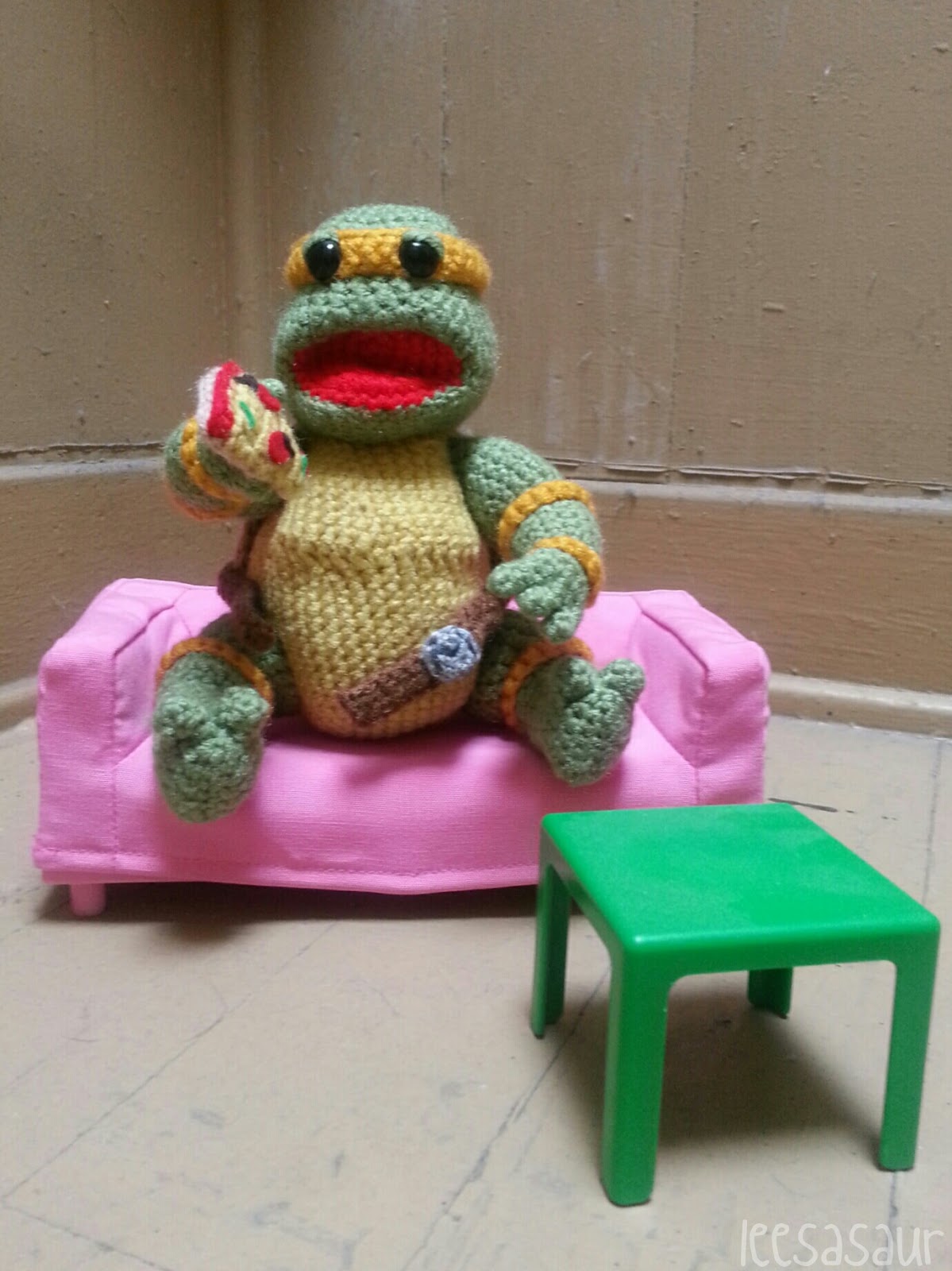