Where Are My Dragons

My lovely little sister asked me to make her a cute blue dragon. The first dragon I ever made was four years ago and was mainly done to test out the variegated yarn I had: 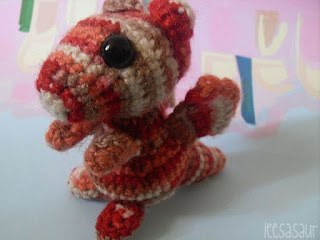 I still think it's adorable, but it's a pretty simple design, so I was excited to create a new one that incorporated techniques I've learned over the years. I came out with a sort of pig-like dragon whose blue made him end up resembling the pokemon Horsea: 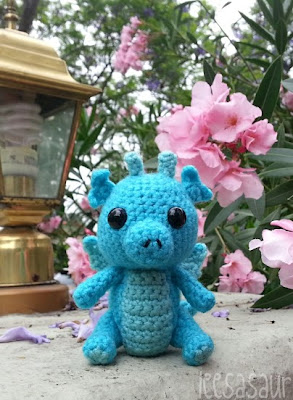 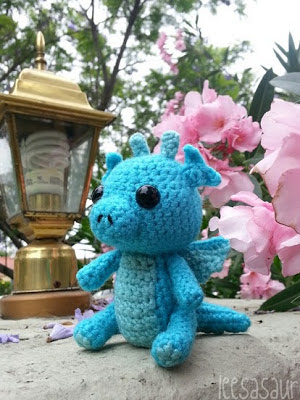 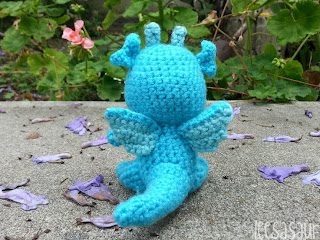 I love that there are so many styles and possibilities of dragon design. It would be cool to have a collection and be like the Daenerys Targaryen of crochet dragons. Till then, you can catch a live action video of this cutie dragon on my Leesasaur Vine account!
Labels: amigurumi blue creature crochet custom cute dragon kawaii magic mystic reptile