Last month my brother left a mysterious YouTube video for me to watch. It was the "Best of Catbug," a compilation of clips featuring a character, voiced by a six year old boy, from Pendleton Ward's web series, Bravest Warriors.

My mind just about exploded from all the cuteness this part-cat, part-ladybug, all-over adorable character had! I immediately fell in love and had to watch the series in its entirety. Although Catbug stands at equal competition with Invader Zim's Gir, I'd say he beats out cute side characters like Adventure Time's BMO, and Futurama's Nibbler. His absurdly cute phrases fueled by his energetic and sweet child-like nature is enough to melt your heart. 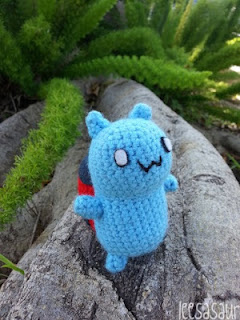 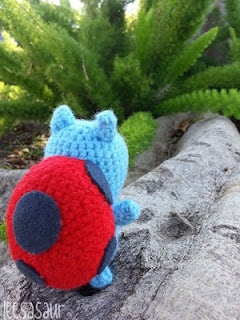 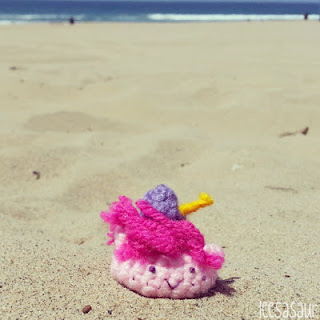 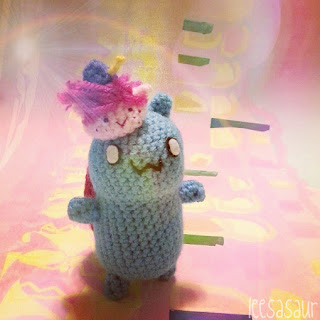 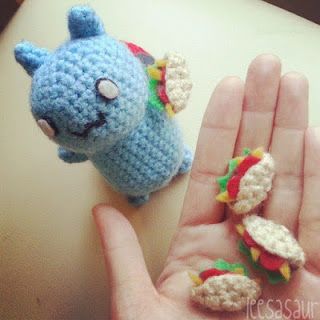 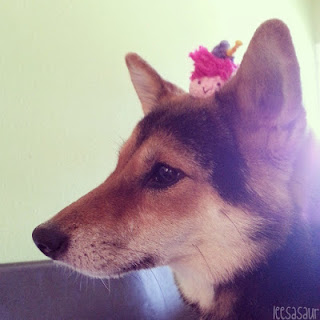 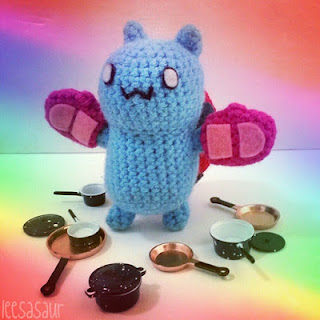 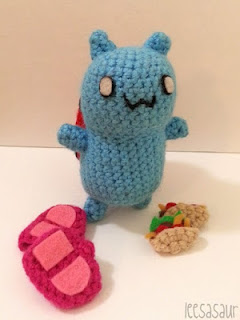 The cartoon is a lot of silly fun, and since Catbug appeared at the end of the season, I can only imagine the serious potential for the next season!
Labels: amigurumi bravest warriors cartoon hangover catbug crochet pen ward soft tacos wankershim