"I was born here, you f*cking dipsh!t. Don't you know anything about immigration!?"

The above was basically my attitude the entire time I attended college in eastern Washington. It was tough, and at times, is still tough to be understood as a female Asian American. I know that everyone has their share of stereotypes on their culture/race/class/sexuality, but it's refreshing when we can find humor and relate to our inequalities. That's why I loved doing my latest commission of Lela Lee's character, Kim, a sharp potty-mouthed Asian girl who's not afraid to speak her mind whether or not it may be offensive.

I had seen images of the Angry Little Asian Girl before, but I never divulged into her character till I began working on the project. Not knowing what I was getting into, I started watching videos from the youtube channel to gather inspiration, and I immediately fell in love Kim. Coincidentally, a new video was released during research time:


Having her mannerisms in mind made the project more fun to work on. I ended up wiring her body so she could properly stick the middle at anyone who gets in her way. 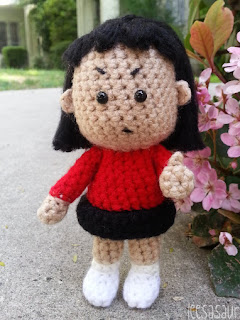 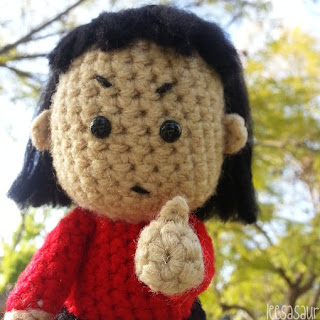