Pokemon was a big part of my life. I would spend countless recesses battling friends on gameboy or cards, spend my allowance on the toys, and watch the cartoon after school. Although I don't have time to allow myself to get lost in the game again, I'm still very apart of the culture. In fact, one of the first characters I crocheted was a little Pikachu: 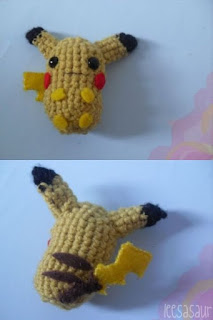 I've always wanted to make more, but I just never continued. So I got really excited when I was asked to make Teddiursa, a Pokemon from the second generation! 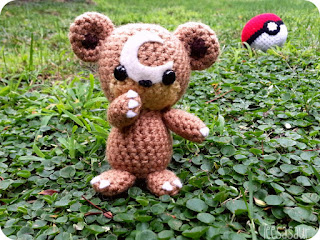 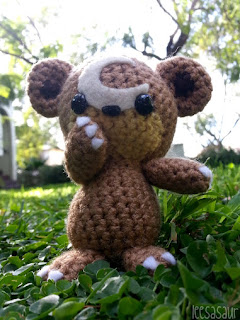 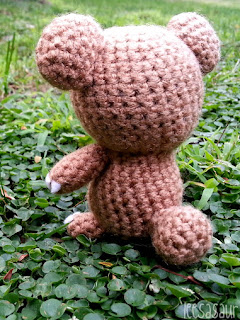 I knew that if I started making Pokemon again, I'd have to make my spirit Pokemon, Clefairy! She is my favorite and has the cutest dance move when she does the Metronome attack. 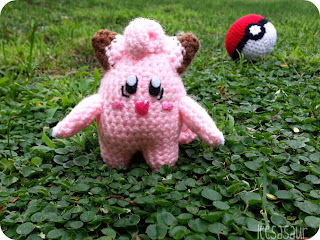 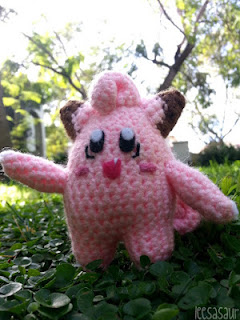 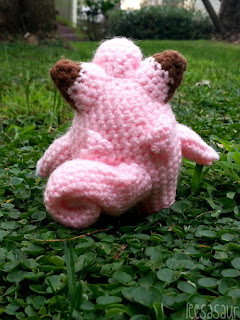 Of course after completion, I had to make them battle: 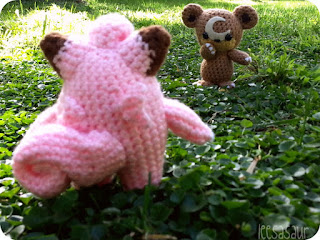 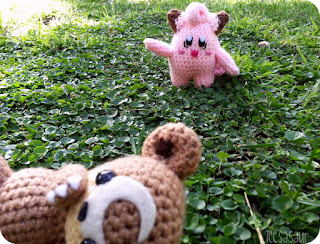 I'm not sure who I'm going to make next, but hopefully it won't be a few years before I start again!
Labels: amigurumi clefairy crochet custom pikachu pokemon teddiursa