Six Seasons and a Movie

Things were looking quite dim when one of my favorite shows on television, Community, had been put on hiatus and was facing cancellation. The problem with canceling is that, not only is it a great show, but it has a decent sized fan base. The support was evident when Mark Batalla of Pixeldrip had this terrific idea to do a fan art show, and not only did over 130 artists contribute, but we managed to raise $3000 over our kickstarter goal to make this show happen!

Initially, I wanted to do a Troy and Abed piece, that demonstrated their bromance, but I also didn't want to limit myself, and how I felt about the show. I decided to recreate Abed's Uncontrollable Christmas episode, where the study group transformed into Christmas themed toys via Abed's mind. Even though the reason they were in claymation was depressing, the character forms they took on were fantastic! They were all very different, and I thought it'd be a great opportunity and challenge to utilize all the different crochet techniques I've picked up over the years. 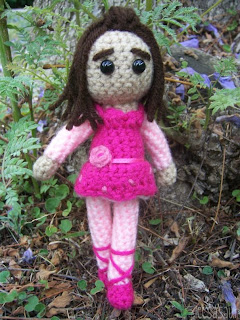 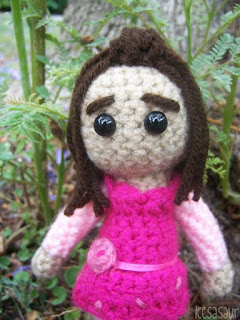 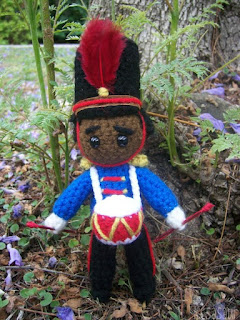 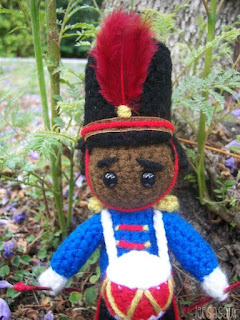 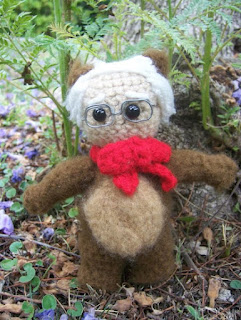 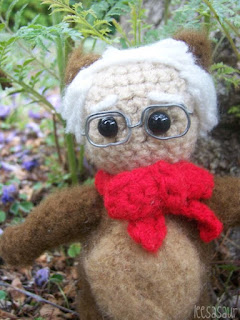 Jeff in the Box 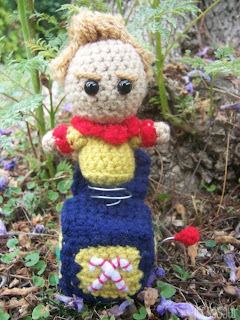 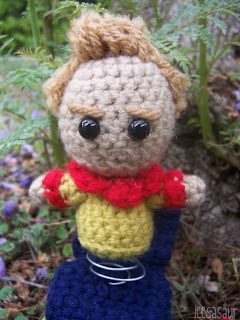 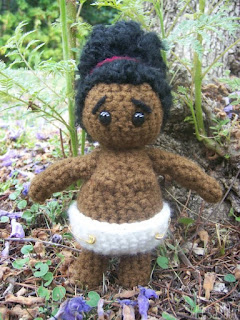 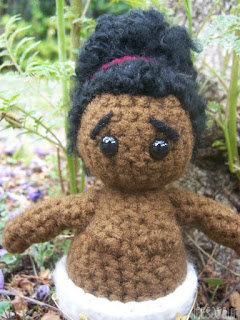 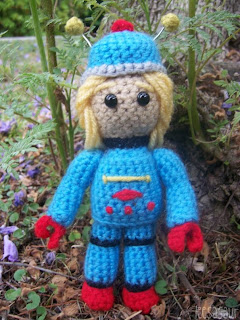 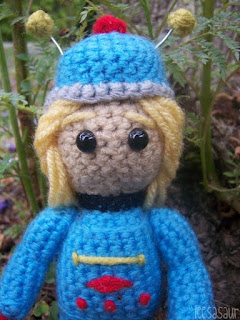 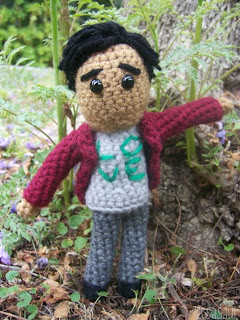 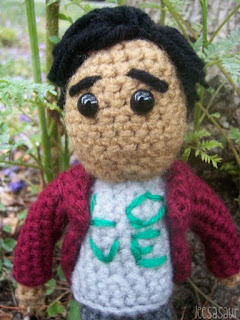 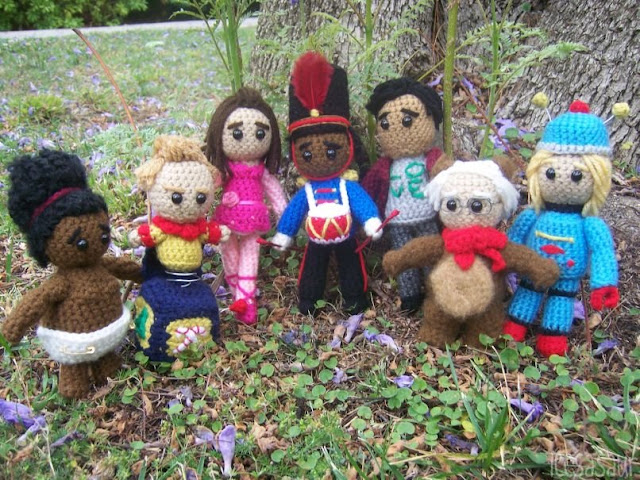 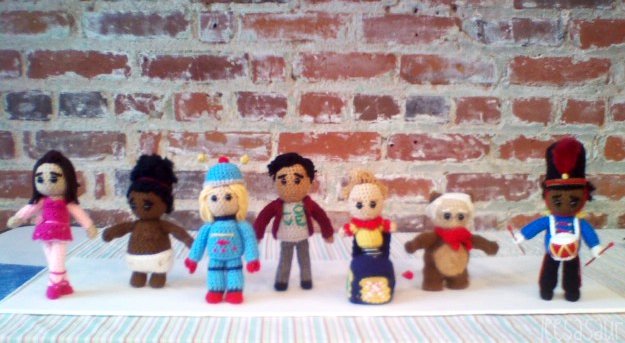 Even though I had the claymation project in mind, I felt I should do something that was more about my personal relationship with the show. A couple years ago, I was already smitten with Community, but when season two came along and the Basic Rocket Science episode aired... I fell in love. No matter what random events happen, or bizarre situations the study group is faced with, they always just go for it. Being trapped in a Kentucky Fried Chicken sponsored space stimulator is such a wild scenario, then having to work as a team to balance the eleven herbs and spices to escape, is where the show took my heart. So I decided to do a crochet pixelated S.A.N.D.E.R.S., as introduced in the episode. With 425 squares to make and crochet together, the piece took over 40 hours to complete. 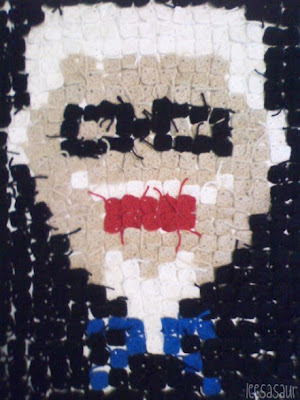 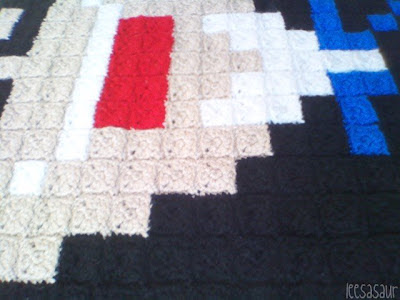 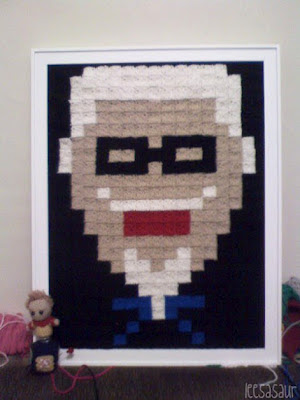 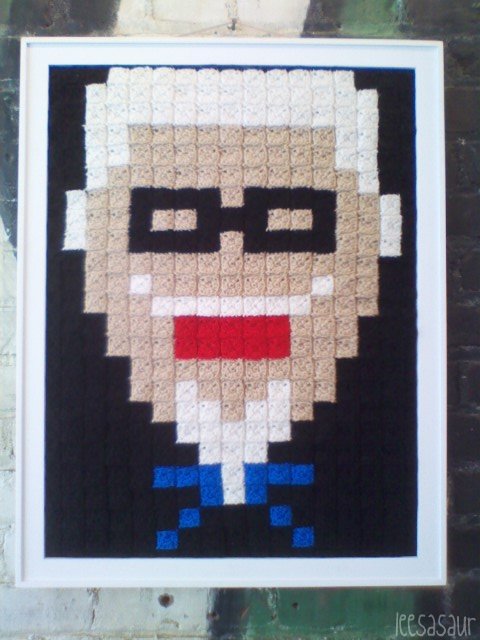 Not gonna lie, my ambitious self got the best of me again, and even though I love the show and was committed to making my pieces, I became so exhausted from working on them. But slowly, when character by character was completed, and I figured out a solution to frame my piece, I started feeling really good about what I was doing. I'm super happy with my finished products, but even happier that they are apart of such a fantastic and loving art collection. The Six Seasons and a Movie Art Show is only up June 23 and June 24, 11am-6pm, so if you're in the LA area, you should stop by Monk Space, and check it out before it's gone! Long live Community.
Labels: amigurumi christmas claymation community crochet dan harmon sixseasonsandamovie