This project was created while watching copious amounts of Adventure Time. It's a fairly new animation series on Cartoon Network that I had only seen a few clips of prior to the commission. I already had an endearment for the character, Jake, for having the same voice as Bender from Futurama, who I love, so I was happy to create him. Plus the "Candy Kingdom" looks very similar to Leesasaur Kingdom! 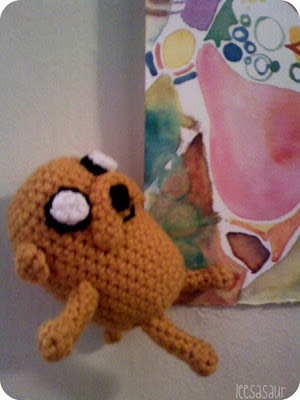 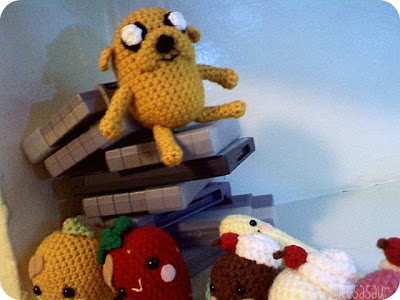 This cartoon has all the right wackiness, cuteness, and fun music to make it appreciable, and I'm really glad that this project gave me the extra push to give the show an honest try.
Labels: adventure time amigurumi crochet custom finn the human jake jake the dog land of ooo