My childhood was pretty saturated in Sanrio. I've always been a huge sticker and stationary collector so getting new items from them almost every weekend was a regular thing growing up. As the years went by, their characters became more of a hit or miss; however, I did grow an admiration for "Pandapple," which was the only Sanrio character I had made a couple years ago: 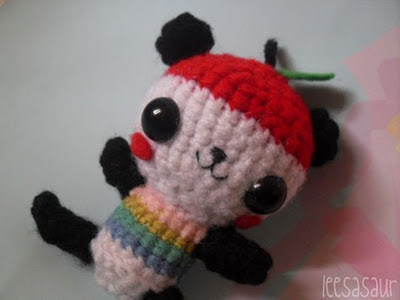 Now when I look at Sanrio items, I don't feel the same excitement as I used to, but they have become very nostalgic to me. So when I was commissioned to crochet Hello Kitty, I wanted to do her the way I remember her as a kid, in her yellow shirt and blue overalls. 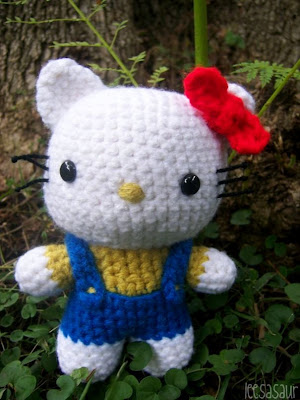 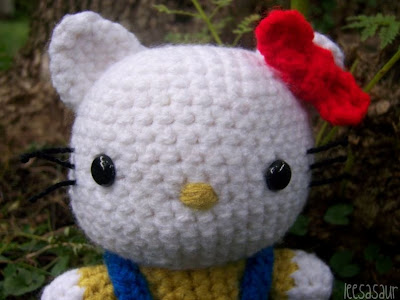 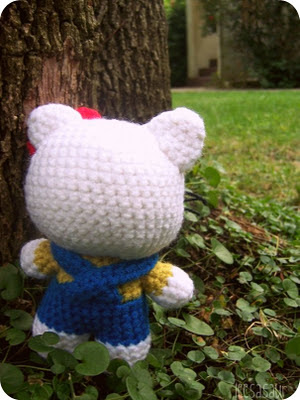 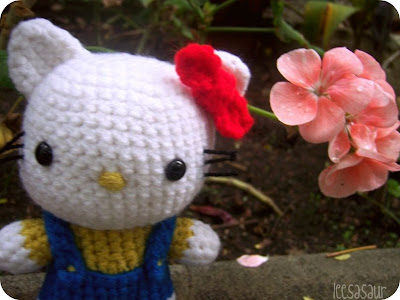 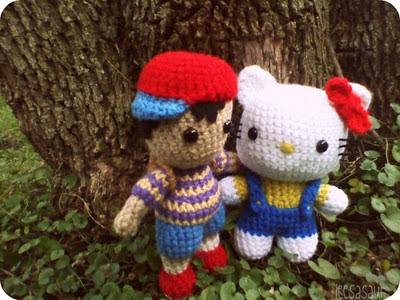 I improvised to make her overalls look more realistic with the crisscross and buttons. After doing her and Ness, I realized I enjoy the bulky-leg look on my amigurumi, so maybe I'll start changing it up on my original pieces too.
Labels: amigurumi cat crochet custom hello kitty pandapple sanrio