Yarn is My Frenemy

A week before my birthday, which coincidentally was a week before I moved to LA, I had my mind blown when I stumbled upon iam8bit. After watching their thirty second video of their previous art show, I was completely sold. I didn't know the process of contributing, and I didn't have high expectations, but I emailed them about it anyway, figuring the least I could do was try. 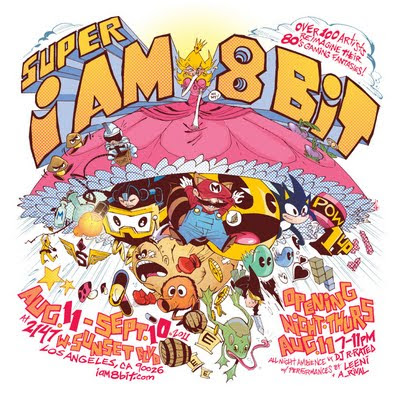 Then a day after my birthday, I received one of the best birthday gifts I have ever gotten: An email from iam8bit, telling me they'd love for me to be apart of their show! Because it was so late in submissions, I was specifically asked to make controller keychains rather than characters or anything else. Aside from the suggested Atari joystick, which would prove to phallic looking for my taste, my mind instantly started drooling of all these wonderful ideas, so I got to work immediately.

Even though I was extremely excited, I knew this would be a challenge for me. However, I couldn't possibly imagine exactly how much of a challenge it was. That night, I struggled till 4am, then decided that upon sleeping, I would awake with fresh ideas. The next day came and no matter how many different methods I tried, absolutely nothing was working. By evening I could barely see what I was crocheting because my eyes were welled up with tears of frustration. I had never been so depressed about art. I didn't understand why I couldn't do this and I didn't want to let anyone or myself down.

I also had an incredible amount of orders to fill that week, so against what I would normally do, I decided I could afford to give myself a week or so of a break. This was the best decision I would make. Within this time I was able to focus on the joy of crocheting again and regain the confidence I had in the craft and my skill.

The next time I began work, it was honestly like magic. I saw things clearer. The difficulty then was how many I could make before the deadline. So, despite wanting to do more, after working three 17 hours days in a row, I came out with three different keychains. The first is the Nintendo controller, which I am forever thankful to my sister for mailing me embroidery floss for because it gave me the clean look I needed. 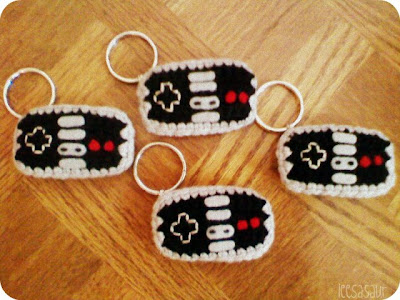 I decided I wanted to do BFF/Frenemy keychains by creating the Duck Hunt Gun and the Duck Hunt Duck. The Duck was complicated because there were so many intricate parts. I definitely spent the most time on it but managed to pick up a new crochet technique in exchange! 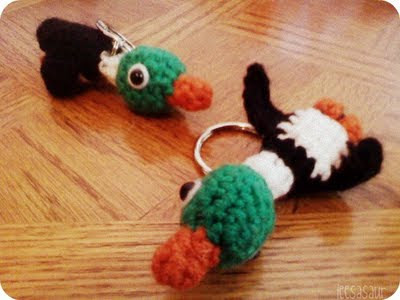 For the Gun, I only had the Orange one growing up but realized it made me biased. My friend, JSalamander, suggested I do both colors to give everyone the option. 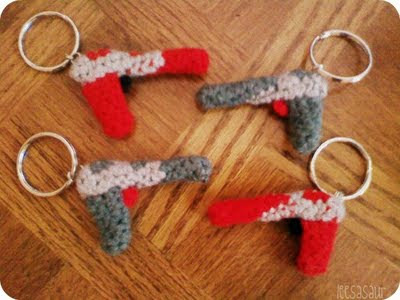 I also made a Super Nintendo controller but it was far too boring and as my sister stated, "not foma quality." So I ended up not producing these but thought I'd share anyway. 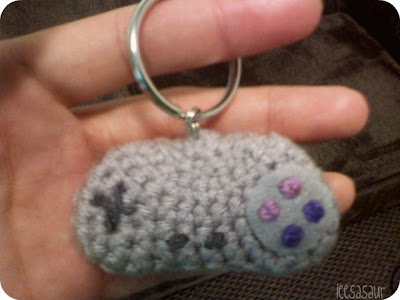 So this was the most terrible and the most amazing, but all in all the greatest, crochet experience. I cannot be more thankful for the opportunity and am so excited to see how the public accepts it. 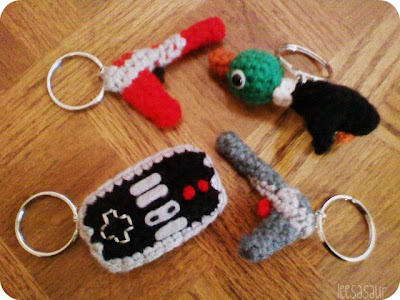 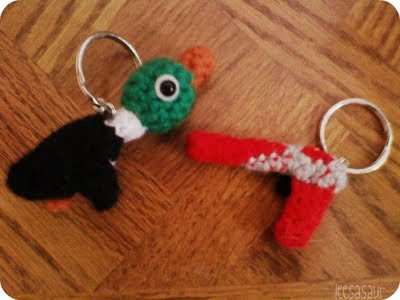 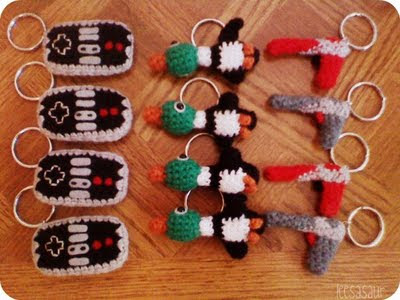 Be sure to check out the Super iam8bit show because it's going to be terrifc. And don't forget to look for my exclusive work!
Labels: amigurumi crochet custom duck hunt iam8bit keychain nes nintendo retro video games