I don't have a fancy phone, nor have I ever played Angry Birds before, but that never really stopped me from taking on a custom order. My sister asked me to make the pig from the game and although she sent me the simple version of him, I looked up images and thought it would be fun to do the one of him adorned with a crown. 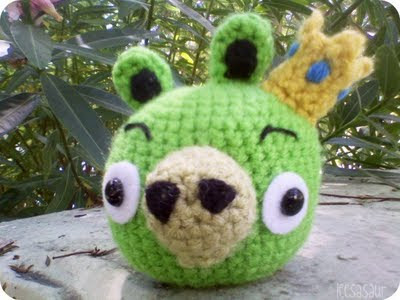 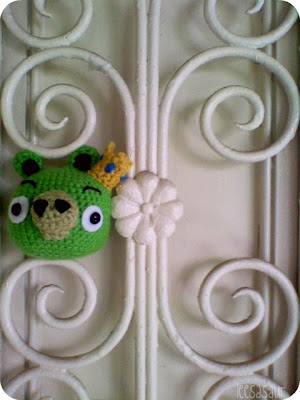 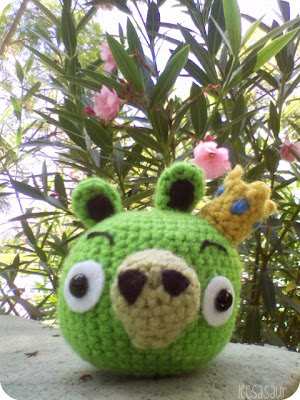 Even though I don't play the game, I had fun making this guy. It is actually probably a good idea I don't play it, as it would diminish my crochet time, and I'm already pretty lazy.
Labels: amigurumi angry birds crochet custom green pig