While most adolescents float with the mainstream tunes and don't establish much of an attachment or identity to particular genres (if they do) till mid teens, because my brother is six years older than me, I was exposed to a more eccentric and progressive taste of music at a fairly early age. I have him to thank for and apologize to for always stealing his CDs. In fact, to this day, I still have some of his (I'm sorry!). Point being, I have always been a sort of music elitist, (or the less attractive "snob" as some prefer) but the underlying significance of good music, as defined by anyone, is that which makes you and everything in, out, and around you feel uncompromisingly wonderful.

In commemoration to the virtue and power of good music, I have crocheted a miniature boombox. This boombox is accompanied with a penguin as a paired birthday gift for my friend, Myke, because he makes and likes amazing music that you should definitely check out. 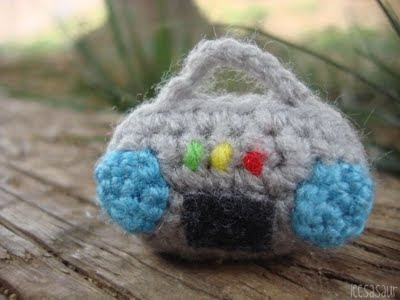 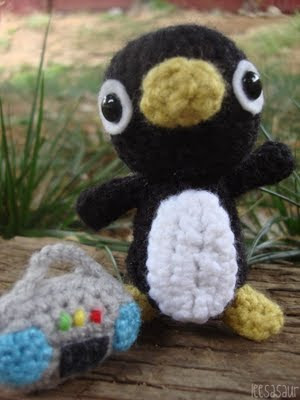 During my photoshoot for these guys, I also had to redo photos for my Red Panda, and after pairing the trio together, I could not resist the opportunity for a full fledge shoot with other finished pieces. I put together a little photo story I hope you enjoy.

Once there stood a penguin. He was not brave nor mighty nor especially skillful at anything. He contemplated the simplicity and complexity of life. He watched the moon rise and the sun fall. He travelled in his thoughts through the music of his magic boombox. 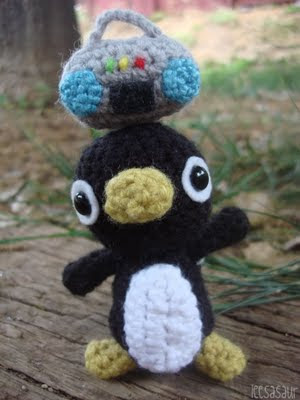 Captivated by the enchanting music was the elusive red panda who burrowed out from the depths of his forest home. 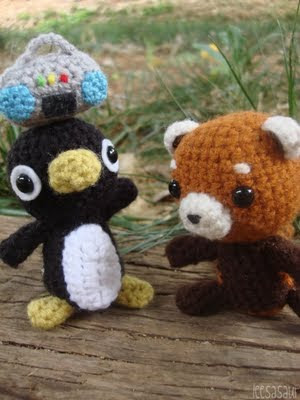 Then, a friendly giraffe reveled in the melody, galloping to the rhythm. 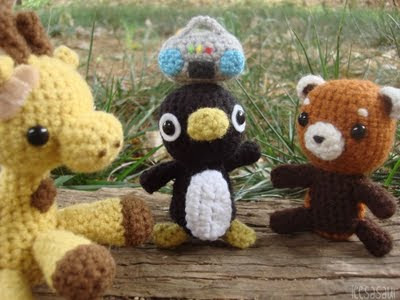 The music flowed even below the equator, catching the attention of Rocko, the wallaby, who was so impressed, he called up some of his homefries to indulge in the magic. 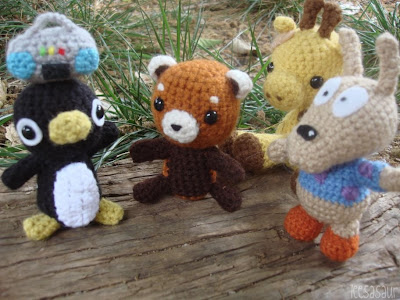 Soon, creatures came hopping and hooting, swimming and soaring, from all over the world. Heroes from Hyrule to Dagobah rejoiced in the splendor that filled their ears and heart. 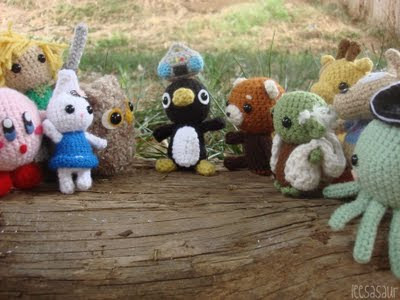 The power and beauty of music is irresistible. Follow the lead of penguin and his magic boombox and share some good music with the universe.
Labels: amigurumi boomb box crochet cute jamming music penguin