After re-familiarizing myself with her, I realized her hair would be the most difficult part for me. I knew I could get the front part correct, due to practice with my Link amigurumi, but the only time I covered the whole backside of a head with hair was for Rusty's mullet, and even then, it was OK to look crazy because... it's a mullet. Many loops later, I was able to construct a full head of hair. After getting her proportions set in accordance to the other turtles, I had to figure out how I wanted to design her outfit. I like to keep my amigurumi simplified, so after I tested felt and yarns to accentuate pockets, in the end, I decided to show some V-neck flesh then detail it with a yarn collar for the finishing touch. 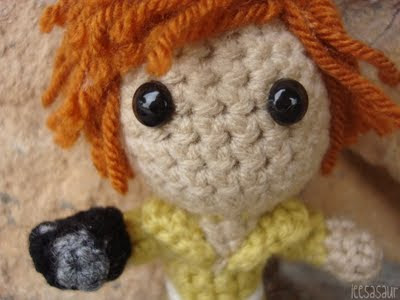 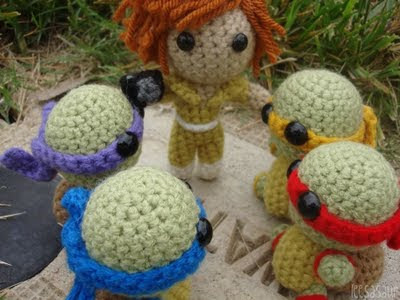 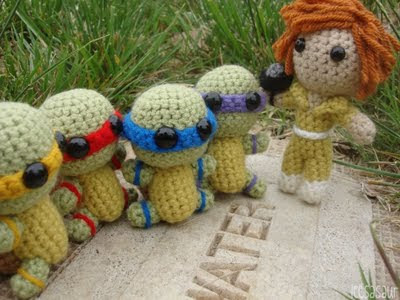 In addition to creating a new pattern, I was so stressed about running out of yarn and not being able to find the same color after digging through my home bin, and going to three different stores. My poor turtles remained armless for a while and I almost had to take them apart to redo because I also ran out of the body color for them as well! I wish dye lots always matched up so that the color stated on the label, is the color I'm always going to get. But that's enough yarn chronicles for now, because I am so glad that this set came together and is finally complete!
Labels: amigurumi april o'neil cowabunga crochet custom retro teenage mutant ninja turtles television tmnt