I'll be the first to admit I'm not a fan of Shy Guy. Ever since their creepy annoying encounters on Yoshi Island, they have not been on my good side. That being said, my close friend, Jenn, requested I make a Shy Guy, so I did, for her.

When Google browsing images, a hot pink version Shy Guy with purple boots showed up. I thought this would be perfect for Jenn because I always remembered her as "hot pink" since high school. 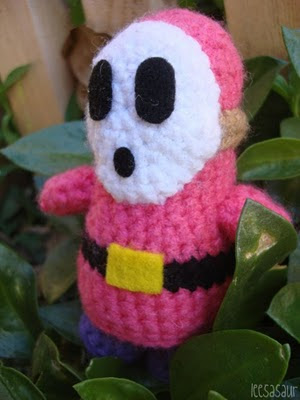 The trickiest part was replicating the tiny draped hood because I worked bottom to top and didn't have much leeway to conquer the smoothed-over-excess-look. I do like making accessories though, so it was fun adorning the mask and strap onto his face.

This was supposed to be a surprise portion of her Christmas gift, but I have been so lazy with shipping (since I actually have find a box large and sturdy enough, then go into the post office and ship by weight), that I decided to just debut it now because it's been done and ready for so long. Not only that, but because her friend requested Shy Guys as well, so I made miniature versions of the standard Shy Guy colors: Red, Green, and Yellow. 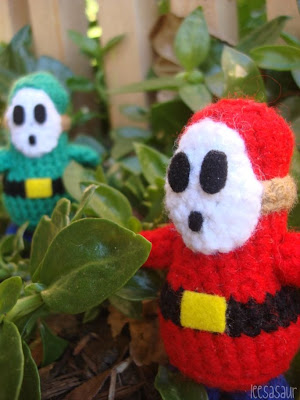 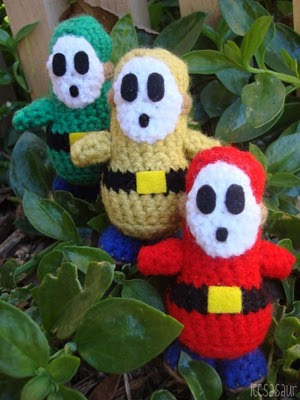 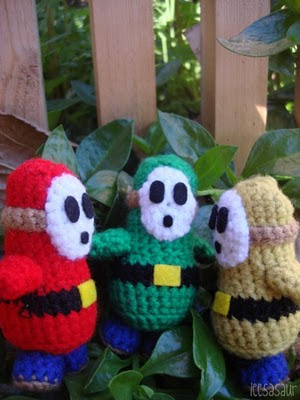 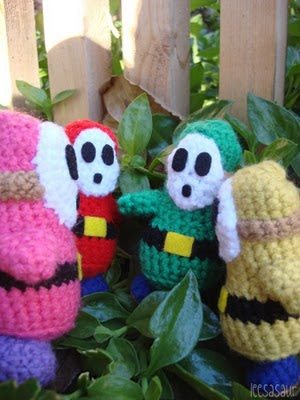 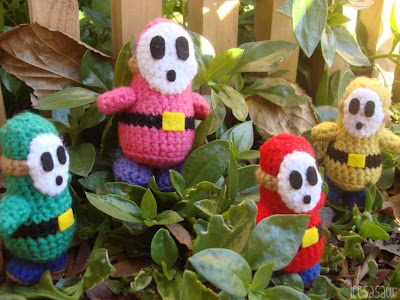 While I still don't like the masked guys, I will say that in amigurumi form and as a collection, they look pretty legit.