Tennis is a husband-wife duo band that I have been following since their "Marathon" single debuted fresh in June 2011 on gorillavsbear. I fell in love with not only their whimsicle music, but by the concept of their personal journey sailing together being shared with me. Their first full-length album, Cape Dory, was released last month, and it comes highly recommended by me. Prepare to be swooned as I was! So swooned that when I read they were coming to San Diego in February, I just had to go, and I had to crochet them something that captured the essence of their love and adventures on the sea as best I could.

I knew I wanted to do sea birds but I wasn't sure how to distinguish them as Tennis. At one point I even thought to make a "sea bear" because their album doesn't come equipped with lyrics and I thought "sea bear" was being sang rather than "seafarer." But it helped because I imagined a bear with a little sailor cap and kept that idea. Then when I shifted back to the sea bird idea, I remembered Tennis were always wearing wayfarer sunglasses in their photos! 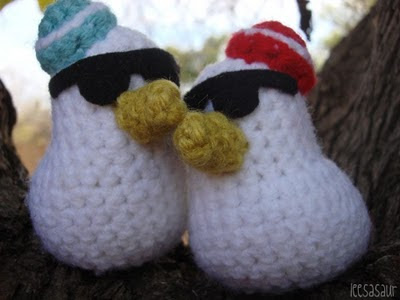 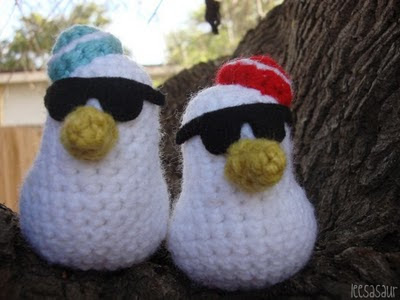 Since they are a brand new band, the venue, Tin Can Alehouse, was really small and actually a pretty cool place. This enabled me to be up close to the music and for the first time, I got to meet and talk with the band. I first procured the setlist and then presented Patrick with the loveseabirds. His eyes lit up! 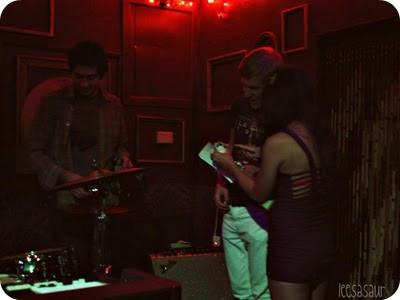 They were the nicest most sweetest people. Alaina told me the amigurumi were the best thing they have ever gotten. I told them there would be more gifts because everyone is going to love them. 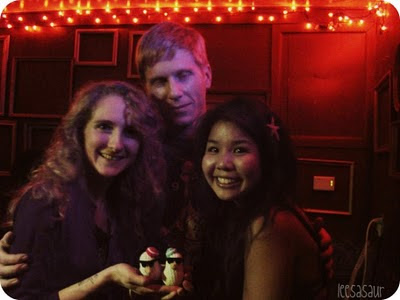 I asked, "Where to next?" She didn't know and had to ask Patrick, who was also unsure! Then she said maybe the Caribbean. It blew my mind and I told her I was going to suggest that but I didn't want to sound too stereotypical! Honest. 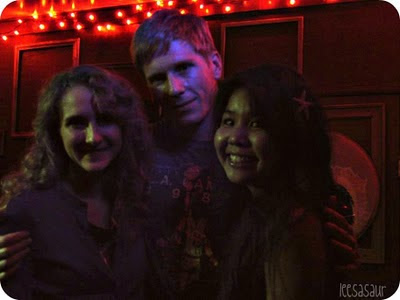 I recorded awesome footage of their music as well as their two new songs that you can catch on my youtube channel. I even got their signatures! 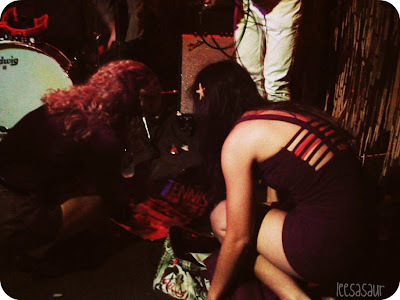 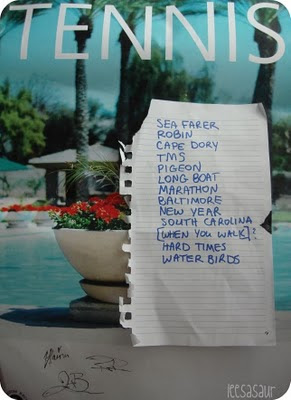 I may have had a little bit too much to drink, mixed with the general excitement, but my adrenaline was pumping to meet them and have my heart to heart. Here's some evidence via video (Sorry, the video became darker once uploaded):

All in all, it was a fantastic experience! I am so thankful and happy that Tennis decided to take their lovely relationship on a boat, as well as share those experiences with us in such beautiful melodies. I wish them success and safe traveling! And who knows, maybe they will take my suggestion and tie up the loveseabirds as dice to hang in their boat!
Labels: amigurumi bird crochet custom love music ocean sailor sea tennis wayfarer