Whenever I crochet at home, I like to put something on to watch or listen to. When it's off season or I finish all the current TV shows on, you can find me watching retro cartoons on wonderbar's amazing youtube channel. I've had this channel bookmarked for years, which I think everyone should. It's got all my favorite Disney channel cartoons, as well as fantastic Canadian cartoons I wish I had growing up. He's even so awesome that he compiled playlists of series he hasn't uploaded but other users have! I read up on his FAQ and was glad to see he listed another youtube channel that plays Bonkers, so I had to start up on that series again.

There, in the midst of my projects, I saw something so cute on Bonkers that I just couldn't get out of my head: 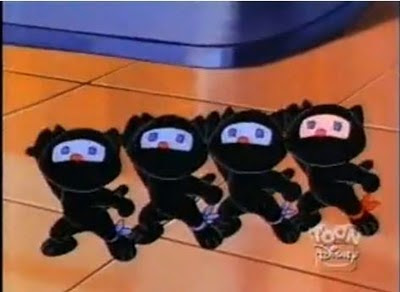 I thought it would be a fun mini project to work on, and I was going to initiate it like I had with my Ninja Christmas ornaments last year: 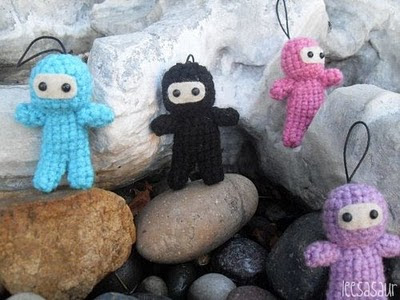 I ended up changing the leg structure since the previous ninja legs aren't very feline-like, but he is basically the same, and he also has a little tail that's not shown in the photo: 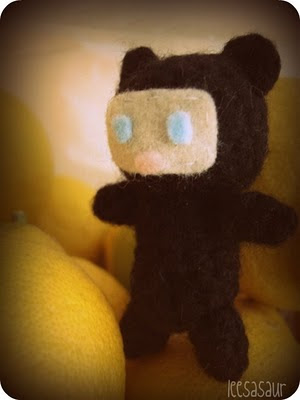 To enter, all I want you to do is:
Please, one entry per participant. Winner will be randomly selected and announced on January 10th, 2011. I can also attach a ball chain to him to make him an ornament. Keep in mind that I want you to have a laugh and maybe even be inspired by your cartoon, so I'm going to trust you watched it! After all, it brought enough joy to you in the first place to make it your favorite, right? Happy watching! : )