The holidays always have a way of sneaking up on people, but this year, they really snuck up on me quickly due to all the foma labor! I didn't realize till about a week or so prior, that I needed to get presents for my sister and her boyfriend ASAP! I had some things to buy in mind, but the core of my gifts were items hidden in my drawer of unfinished projects.

Earlier this year I had this great idea to do replicas of my sister's dogs in amigurumi form. I ended up crocheting their heads and one body, but I never got around to finishing them. Since then, they bought a puppy, but because she is still changing, I decided to wait till she's fully grown before I crochet her. I knew gifting these would be such a treat and I was determined to finish them on time. Two of the dogs have varying colors of fur, so it was tricky to match up. The interchanging of the yarn colors causes their bodies to twist, but I thought the angles it made them mode into were a bit endearing. I did run into the obstacle of using up all my black yarn, and after nagging my sister that I needed to get more, a couple nights till christmas, she pushed a wrapped box in my hands and said, "Here! Since you wanted it so bad!" She had bought me black yarn as part of my christmas gift! Little (or maybe a little more since she peeked) did she know, the black yarn was benefiting the both of us! 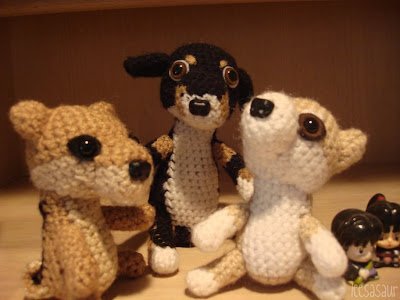 Rather than wrapping the dogs, I decided to exhibit them in the glass case shelfing where her boyfriend puts some of his figurines in. The best christmas moment of my life was when I finally finished at 5am and while standing atop the couch stretching to place the dogs behind the glass, my sister comes out with eyes half open, "Santa, is that you?" 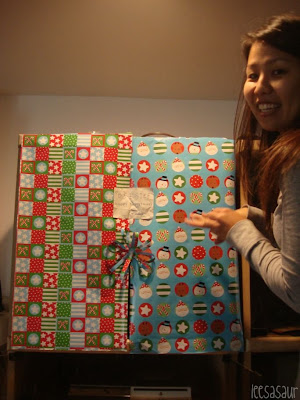 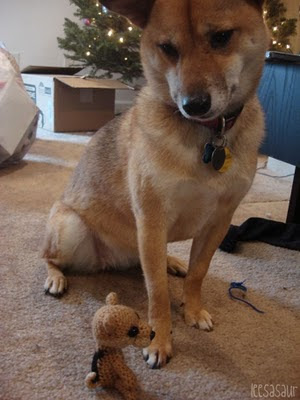 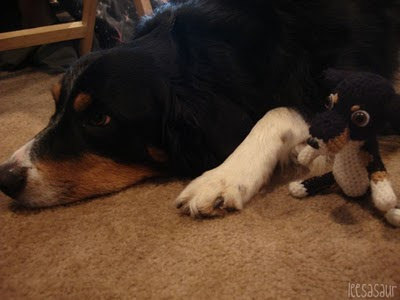 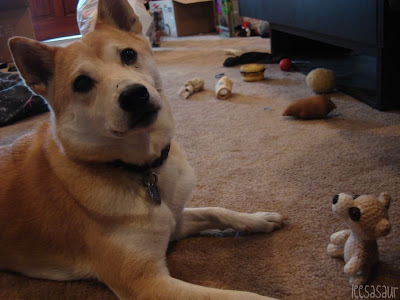